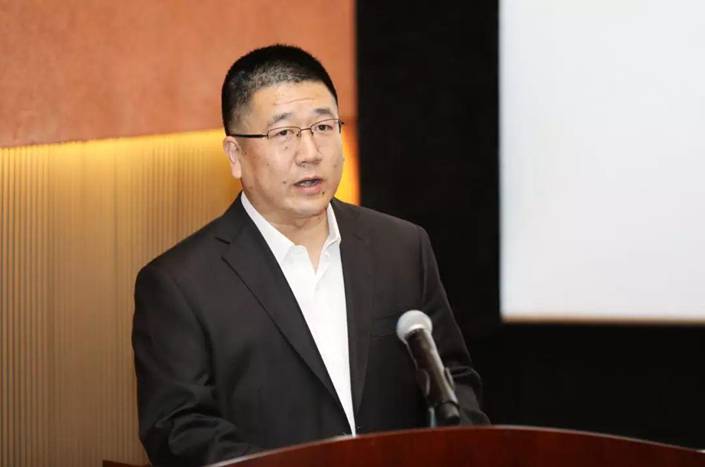 A senior executive at Huishang Bank Corp. Ltd. is being investigated as part of a probe that may be linked to the lender’s huge investment losses, including those involving failed regional lender Baoshang Bank Co. Ltd., sources told Caixin.

Xia Min, who is an assistant to the eastern Chinese lender’s president, was detained for questioning by the country’s anticorruption watchdog on Thursday, sources close to the Anhui province-based bank told Caixin on condition of anonymity. Authorities have yet to disclose why Xia is under investigation.

Xia, 49, has worked at Hong Kong-listed Huishang and its predecessor for over two decades and also serves as chairman of the lender’s wealth management subsidiary.

The probe was triggered by Huishang’s investment losses in Anhui Foreign Economic Construction (Group) Co. Ltd., with risk exposure amounting to more than 1 billion yuan ($154 million), people with knowledge of the matter told Caixin. The local construction company (link in Chinese) has so far defaulted on a total of 7.3 billion yuan of bonds.

Huishang is one of the multiple financial institutions already nursing heavy losses related to their interbank transactions with Baoshang, the first Chinese commercial bank to go bust in decades. It is also one of the recipients of Baoshang’s remaining assets.

The Chinese government took over Baoshang in May 2019 in the first state bank seizure in 20 years, citing severe credit risk. The Inner Mongolia-based lender was found to have a financial shortfall of 220 billion yuan due largely to massive misappropriation of funds by its largest shareholder Tomorrow Holding Co. Ltd. owned by secretive billionaire Xiao Jianhua, who has been the subject of an investigation that started in early 2017.

As part of a state-led restructuring, Huishang took over part of Baoshang’s good assets outside Inner Mongolia, including its branches in Beijing, Shenzhen, Chengdu and Ningbo.

Huishang was the interbank creditor with the largest risk exposure to Baoshang when financial regulators took control of the troubled regional lender, amounting to more than 20 billion yuan, sources previously told Caixin. They said that even after the state-led Baoshang bailout, Huishang lost about 6 billion yuan on its investments with Baoshang, which relied heavily on the interbank market, where banks and nonbank financial institutions borrow from each other to bolster their liquidity and increase leverage.

Huishang started its interbank business with Baoshang at the end of 2018, only half a year before the state takeover, Gao Yang, a Huishang director who represents one of its major shareholders, told Caixin in September. Gao said he had been asking how decisions about the business were made, but was yet to receive a proper response from Huishang’s senior management.

Xia previously oversaw the interbank investment business with Baoshang, multiple sources close to Huishang said. However, one of the sources noted that Xia didn’t first sign consent for the cooperation with Baoshang as he was on a business trip abroad at that time.

The local banking watchdog in Anhui announced (link in Chinese) on Dec. 25 that it has fined Huishang 2.9 million yuan partly for inadequate management of its interbank business and serious imprudence in interbank investments. It also fined 9 executives including those who worked at Huishang’s interbank and risk management divisions.