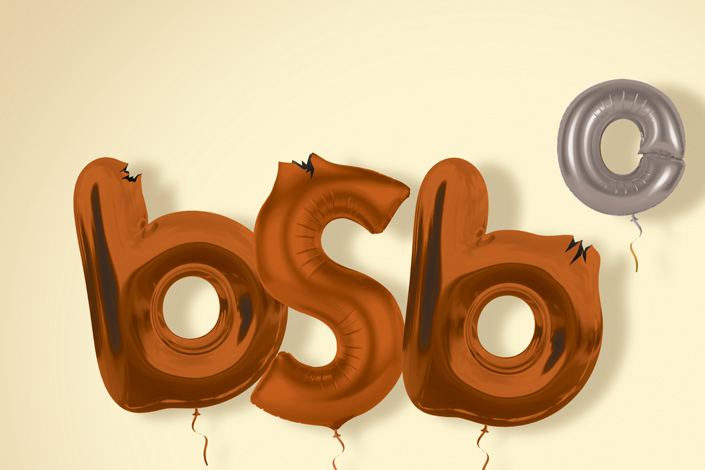 A number of local regulatory officials have already been placed under investigation for their roles in the financial wrongdoing that led to Baoshang Bank’s collapse.

Several top executives at failed regional lender Baoshang Bank Co. Ltd. have been detained as part of an investigation by the government of the Inner Mongolia autonomous region into the bank’s collapse, sources with knowledge of the matter told Caixin.

A task force set up recently to focus on identifying individuals responsible for the lender’s problems has interviewed more than 100 employees and conducted detailed investigations of more than 10 top executives, over half of whom have been detained, the sources said.

Li Xianping, former Communist Party secretary and chairman of the board of supervisors of Baoshang Bank, is one of the key figures under investigation by Inner Mongolia’s anti-corruption authority, Caixin has learned from sources with knowledge of the matter. A source inside the bank said that Li was found to have more than 10 properties in Beijing with a combined value running into hundreds of millions of yuan. Wang Huiping, 56, a former president, has also been investigated by the anti-graft watchdog, the sources said.

Baoshang Bank was taken over by the Chinese government in May 2019, more than two years after Xiao Jianhua, the secretive tycoon whose financial conglomerate Tomorrow Holding Co. Ltd. controlled the lender, was placed under investigation. The bank’s high leverage, poor lending practices and corrupt activities had built up risks that regulators feared could threaten the stability of the banking system. The lender was found to have a financial black hole of 220 billion yuan ($33.5 billion) due largely to the misappropriation of funds by Xiao and his companies.

Under a state-led restructuring, Baoshang’s good assets were taken over by Mengshang Bank Co. Ltd., a new bank set up specifically to deal with the fallout from the lender’s collapse, and Hong Kong-listed Huishang Bank Corp. Ltd. The rump of the bank’s assets were kept in the old Baoshang Bank and on Nov. 23, the China Banking and Insurance Regulatory Commission gave its formal approval for the lender to start bankruptcy proceedings.

A number of local regulatory officials have already been placed under investigation for their roles in the financial wrongdoing that led to Baoshang Bank’s collapse and attention is now turning to the role of the lender’s own senior management.

Liu Xin was in charge of financial technology and set up “Xiaoma Bank,” a virtual banking platform that offered services online, whose top executives were members of his family, Caixin has learned. Pan was previously head of the bank’s Shenzhen branch. Multiple sources told Caixin that Shenzhen and Baotou, the city in Inner Mongolia where the bank is registered, were key hubs that accumulated nonperforming assets.

This article has been corrected to clarify which body is investigating Li Xianping and Wang Huiping. It is Inner Mongolia’s anti-corruption authority.