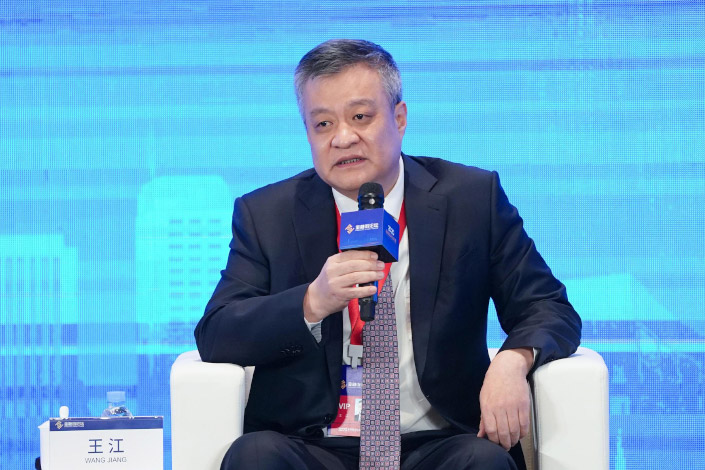 China Construction Bank Corp. (CCB), the world’s second largest commercial lender by assets, has decided to appoint the president of Bank of China Ltd. as its new president, sources with knowledge of the matter told Caixin.

Wang Jiang, 57, will fill in the position that has been vacant for two months. He would take his new post after finishing relative administrative procedures, the sources said, citing a CCB internal meeting on Tuesday morning.

Wang will also serve as a vice chairman at Shanghai- and Hong Kong-listed CCB.

Wang has been the president of Bank of China, the country’s and the world’s fourth largest bank, for about a year. From July 2017 to November 2019, he was a deputy governor of the wealthy eastern province of Jiangsu. He is one of more than a dozen finance industry veterans who have been appointed to senior provincial government roles in recent years to deal with local financial risks — which in Jiangsu include huge amounts of hidden government debt.

From August 2015 to July 2017, Wang was an executive vice president of Bank of Communications Co. Ltd., another major Chinese lender. Before that, he had worked for CCB for about 16 years.

People close to Bank of China told Caixin that Wang is an effective problem solver and had promoted an important reform to the bank’s corporate credit management mechanism.

Wang’s departure comes as Bank of China faces a shortage of senior management staff. This talent crunch became more severe after the bank was punished for its speculative crude oil investment product known as “Yuan You Bao,” which burdened investors with heavy losses. The fiasco dented confidence in the bank’s executives, the people said.