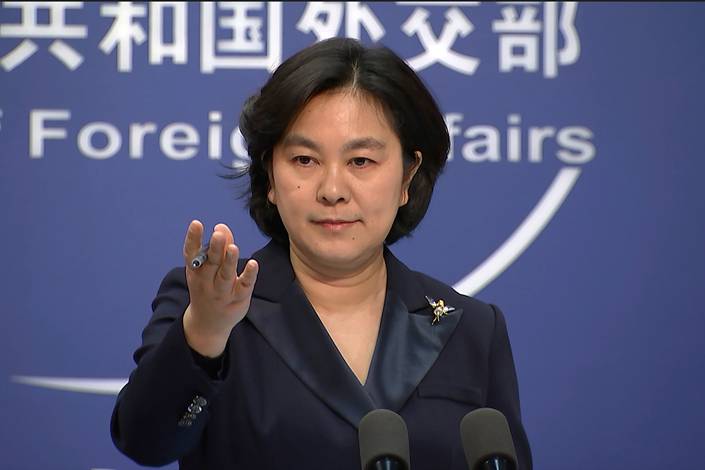 China hopes that the Biden administration will respect the differences between the two countries and work to restore bilateral relations, a foreign ministry spokesperson said Thursday.

“Over the past few years, the Trump administration, especially Pompeo, planted so many landmines in Sino-U.S. relations that need to be removed, burned so many bridges that need to be rebuilt, and damaged so many roads that need to be fixed,” Hua Chunying said at a regular briefing. She said the two governments need to have the courage to listen to and show mutual respect for each other, in line with the expectations of the international community.

Hua said it is normal for two countries to have differences. Citing Biden’s inaugural speech, in which he said that “disagreement doesn’t have to be a cause for total war,” she said the same principle should apply to international relations. Countries that have different social systems, cultures and ideologies can still cooperate in safeguarding world peace and development.

The dovish diplomatic gesture toward the new U.S. president comes after Beijing on Wednesday sanctioned 28 former members of his predecessor’s administration, including Secretary of State Mike Pompeo, over “crazy actions that have gravely interfered in China’s internal affairs.”

“These individuals and their immediate family members are prohibited from entering the mainland of China, Hong Kong and Macao. They and companies and institutions associated with them are also restricted from doing business with China,” said the ministry in a statement.

The Sino-U.S. relationship is at its lowest point in decades. The two countries have imposed tit-for-tat sanctions on each other, with spiraling conflicts ranging from trade and technology to human rights.

However even with the change of leadership in Washington, the two countries relationship is unlikely to see a radical change, said Wang Jisi, president of the Institute of International and Strategic Studies at Peking University. Wang predicted that the U.S. would maintain its tough line toward the East Asian giant, saying that there would be “Trumpism without Trump.”