By Guan Cong and Jiang Yaling 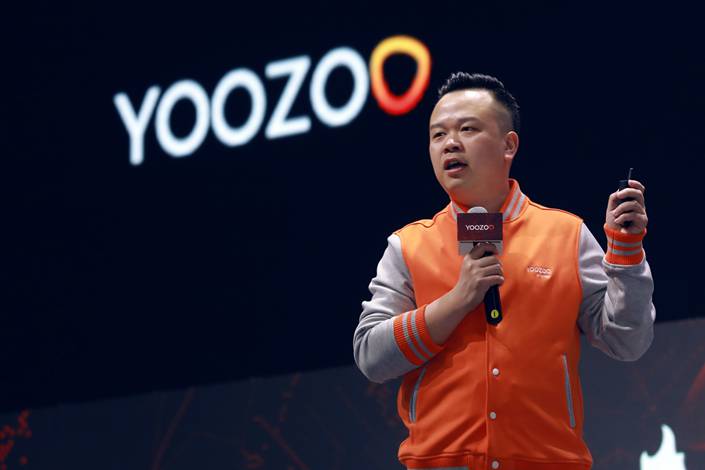 On Dec. 25, the death of Lin Qi sent shockwaves across China. While getting treated in the hospital in 10 days leading up to his death, it had been rumored that the executive producer of Netflix’s upcoming sci-fi adaptation of author Liu Cixin’s “The Three Body Problem,” and chairman of video-game producer Youzu Interactive Co. Ltd. (Yoozoo) was poisoned by a colleague.

Caixin learned from multiple sources that the 39-year-old already suffered from irreparable brain damage when he was admitted to the hospital in December. Later, Shanghai police confirmed that one of Lin’s colleagues, surnamed of Xu, was suspected of deliberately poisoning him. Following an investigation by Caixin, the prime suspect appears to be the CEO of Yoozoo Pictures, Xu Yao, who joined the company in 2017 and has been involved in managing the projects related to “The Three Body Problem” intellectual property (IP).

Since Lin’s death, increasingly bizarre details about the case have emerged, including last week’s claim by a woman that a child recently fathered by Lin out of wedlock was due a share of Lin’s fortune worth hundreds of millions of dollars. Then there were the details of the alleged poisoner’s obsession with the U.S. TV series “Breaking Bad.”

But behind the sordid details and infighting is the sad story of a man with a dashed dream. As a die-hard fan of the “Three Body Problem” trilogy, Lin had the vision to turn the books into world-class IP, only to see that dream fade as film adaptation languished in development hell for years. However, there had been a glimmer of hope of late. In September, three months before his death, Netflix announced it was making a film adaptation of the trilogy with the creators of the smash TV fantasy series “Game of Thrones.”

A native of Wenzhou, East China’s Zhejiang province, Lin made his fortune in web and mobile games. In 2009, the software engineer-turned-entrepreneur founded Yoozoo in Shanghai and took it public by buying a shell company already listed on the Shanghai Stock Exchange in what’s known as a backdoor listing. That was at a time when the first generation of Chinese gaming giants such as Shanda Games Ltd. started to lose their luster, and independent game producers like Yoozoo began carving out their own space.

The company grew quickly, but the good times didn’t last forever. Yoozoo didn’t have the natural advantage of internet traffic that competing gaming giants like Tencent Holdings Ltd. and NetEase Inc. had. And a regulator’s decision to cap the number of games released each year also served to cap the company’s growth. By 2019, Yoozoo’s fortunes had changed.

Although China’s Covid-19 lockdown in the first half of 2020 gave the gaming industry an overall boost, gamers now favor titles made by Yoozoo’s competition — newcomers like miHoYo’s “Genshin Impact” and Lilith Games’ “Rise of Kingdoms.” History has repeated itself but Yoozoo is no longer the protagonist.

Still, Lin saw the value of IP after the success of its game “Junior Three Kingdoms” won Yoozoo fortune and fame in 2015. An adaptation of the well-known historical text “The Records of the Three Kingdoms,” which covers the Eastern Han Dynasty (25-225), the mobile game quickly took the top spots on the Apple and Android app stores in China. At its peak, the game brought in 160 million yuan ($24.6 million) in monthly revenue for the company, according to Yoozoo’s 2015 financial report.

After tasting some initial success with IP, Lin began acquiring a series of copyrights, including those for the “Three Body Problem” and “Game of Thrones” from Warner Bros Entertainment Inc. The idea was to leverage their IP to build a thriving film and game business.

After founding Yoozoo Pictures in 2014, Lin set his sights on fantasy and science fiction, two genres that work well in both film and gaming. He then made an agreement in late 2014 with the couple Zhang Fanfan and Song Chunyu, who at the time owned the movie rights to Liu Cixin’s work. Under their agreement, Yoozoo Pictures would produce the film, Song would serve as the screenwriter and Zhang would direct. Liu would be a minor stakeholder in the project and offer creative support.

Fans of “The Three Body Problem" in China cheered the news. With a budget of 220 million yuan, the project got 200 million yuan in investment and secured marquee actors like Feng Saofeng and Zhang Jingchu.

Two months after Yoozoo announced the film version of “The Three Body Problem,” the book won a Hugo Award for best novel, making it the first written by an Asian author to win the prestigious award for a work of science fiction or fantasy.

Filming started in February 2015 and finished in August. Public expectations were high. However, the movie, originally slated to premiere in 2017, never made it to theaters.

After shooting finished, there was about 100 million yuan for special effects production left in the budget. But none of about a dozen conversations with production companies worked out due to concerns about cost-effectiveness and the difficulty of execution.

The company even established a U.S. subsidiary to connect with resources in the country, but it didn’t work out. All of the trial and error seems to have confirmed what Liu said to Canadian Director James Cameron in 2019: “It’s tough to make sci-fi films in China, because it doesn’t have the same industrial support as the U.S.”

After little progress was made on the project, the official Weibo account of “The Three Body Problem” — which still has around 157,000 followers — was flooded with inquiries from fans eager to learn what was going on with the film. Little did they know that many executives had left the team in charge of the project shortly after August 2015.

Amid the fan scrutiny and rumors that the team behind the film was “dissolving,” Xu appeared on the scene. He was seen as something of a savior for the project, a highly qualified lawyer who could get on the same wavelength as Lin. “Others didn’t get Lin immediately, but he could,” said a person close to the Yoozoo chairman.

Coming in and falling out

Born in the same year as Lin, Xu came to his future boss’s attention in 2017 at the recommendation of a high-level executive from the Chinese conglomerate Fosun International Ltd. After gaining Lin’s confidence, Xu rose to become Yoozoo’s chief risk control officer, overseeing the company’s legal affairs and government relations before taking over Three Body Universe, a new company that was established to focus on projects related to the book series.

“IP licensing was not that sophisticated in 2015 and 2016, but now after some development, brands are beginning to understand the rules and want to take part,” an IP industry professional told Caixin. During Xu’s two years at the helm, the Three Body Universe tapped talent from The Walt Disney Co. who specialized in IP development.

In 2017, Lin got in touch with executives at Netflix Inc. after discussions with many production companies in Hollywood. On Sept. 1, 2020, Netflix announced a series based on “The Three Body Problem.” Lin and Three Body Universe Vice President Zhao Jilong appeared on the producers’ list. Xu did not.

The person close to Lin said that the deal was made in 2018 and “Xu’s contribution was next to nothing.”

Despite being in an industry where small and midsize companies usually end up getting gobbled up by bigger players, Lin never thought of selling Yoozoo.

On Dec. 29, after Lin’s death, Yoozoo’s management said that they will continue to run the company with a “better” group management style, adding that 2020 had been its best year in terms of performance, despite lagging profits.

In late December, Yoozoo’s stock price hit a five year-low of 11.97 yuan, before recovering to just above 13 yuan on Thursday.

The company also announced that it had launched a “The Three Body Problem” game project and would begin developing two games based on the book series in 2021.

The person close to Lin was saddened by not just Lin’s death, but also by its timing. “Striking the Netflix deal was like reaching the last mile of a long march,” the source said. “If he had had more time in this world, maybe people would’ve have seen him in a different light after the adaptations come out.”

Zhang Yuzhe and Tian Yuchen contributed reporting to this story.