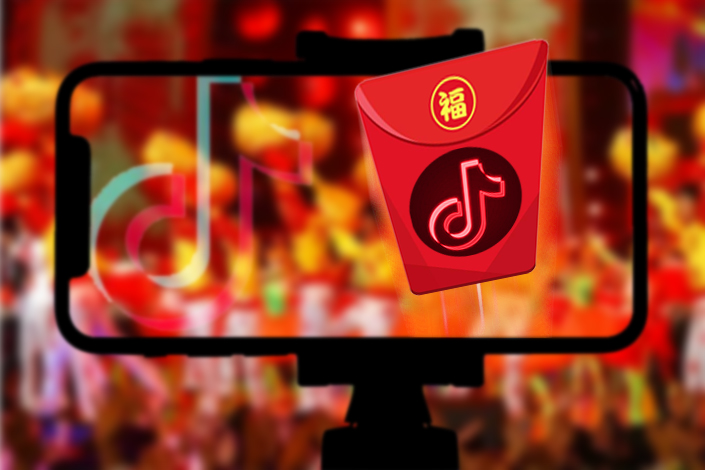 Short-video giant Douyin has forked out 1 billion yuan ($154 million) to secure an exclusive deal to sponsor the nation’s most watched TV gala over the Lunar New Year in two weeks, after e-commerce giant Pinduoduo was dumped amid a public backlash over the deaths of two of its workers.

The Chinese equivalent of TikTok announced Tuesday its partnership with China’s biggest state-backed broadcaster CCTV to host the Spring Festival Gala that will be aired on the eve of Lunar New Year on Feb. 11, offering the company a massive platform not unlike the NFL Superbowl for advertisers in the U.S.

The livestreamed gala was watched by some 1.2 billion people at home and abroad in 2020 on Jan. 24, one day after Chinese authorities prohibited travel to and from the city of Wuhan in what became the world’s first coronavirus lockdown. The broadcast had 59 million more viewers than the previous year, according to official newspaper the People’s Daily. Kuaishou, the short-video app ranked second behind Douyin, racked up 300 million daily active users during its sponsorship of the festival in 2020.

The sponsorship price tag of 1 billion yuan, people familiar with CCTV’s business told Caixin, is significantly cheaper than the 1.4 billion paid by Pinduoduo before it was dumped and the estimated 1.3 billion yuan to 1.4 billion yuan paid by Kuaishou last year.

The sponsorship news comes after CCTV ended its partnership with discount online retailer Pinduoduo, which has been mired in scandal over the death of an employee who collapsed on the way home after working long hours, and another who died by suicide less than two weeks later. A video of a former employee discussing the company’s culture of overwork, and saying he was fired after posting a picture of a coworker being carried away by ambulance, later went viral.

Sponsoring the hugely popular Spring Festival Gala has long been a highly sought-after opportunity. In the 1980s and 1990s, high-profile domestic watchmakers and appliance-manufacturers like Haier Group and Midea Group competed for the chance, followed by distillers like Luzhou Laojiao Co. Ltd. and Wuliangye Yibin Co. Ltd. in the 21st century.

In a sign of the times, in recent years Chinese internet giants have taken up the mantle, with the likes of Tencent and Alibaba Group competing to win the prized spot as sponsor, cashing in on the huge popularity of the digital “red envelopes.” Alibaba’s financial affiliate Alipay took over from Tencent’s WeChat in 2016 and kept a tight grip on the sponsorship deal for the next three years until CCTV moved on to search-engine developer Baidu in 2019.

With the dumping of Pinduoduo, online tutoring agency Yuanfudao also joined bidding for gala sponsorship, the sources told Caixin, but was turned down by CCTV over concerns about the troubled online education industry.