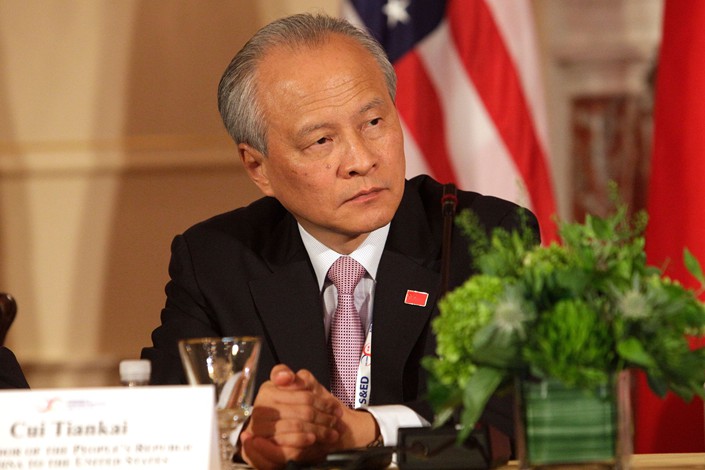 What’s new: Chinese Ambassador to the U.S. Cui Tiankai told China’s national broadcaster CCTV on Tuesday that Beijing and Washington have not yet engaged in talks on reopening each other’s consulates that were closed last year in a tit-for-tat diplomatic confrontation.

Cui said that the new U.S. administration under President Joe Biden, who took office last week, should take the first step in correcting the current situation as a good faith gesture. Previously, Cui had signaled during a think tank event in December that China was willing to consider reopening the U.S. consulate if Washington reciprocated.

In July, the U.S. State Department ordered China to close its Chinese consulate in Houston while accusing the diplomatic mission of “illegal spying and influence operations.” In response, China’s foreign ministry subsequently told the U.S. to close its consulate in Chengdu in the southwestern province of Sichuan.

Cui said that he hoped the Biden administration could reflect on the U.S.’ China policy in recent years and take a “positive, constructive and forward-looking” view on their bilateral relations.