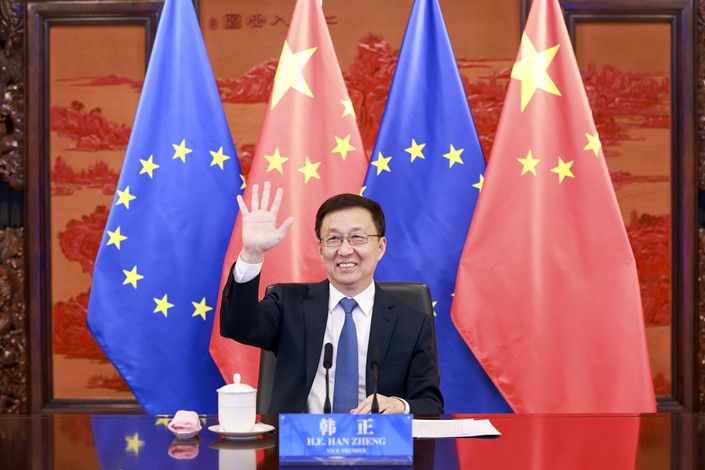 Han said the two sides should uphold multilateralism, safeguard the international system with the United Nations at its core, abide by the principle of common but differentiated responsibilities, and promote the construction of a fair, reasonable and mutually beneficial global environmental governance system, Xinhua reported.

China set 2030 as its peak year of carbon dioxide emissions along with the goal of achieving carbon neutrality by 2060.

What’s more: Han also said that China hoped to work together with the EU on the 15th meeting of the Conference of the Parties to the Convention on Biological Diversity (COP15) scheduled to take place in China’s southwestern city of Kunming this year.

Timmermans said on Twitter that “2021 is a crucial year for us to take action on the twin climate and biodiversity crises.” He added that the two countries” have laid the foundations for a good partnership” and will work closely together toward the United Nations’ Climate Conference in Glasgow and the COP15 in Kunming.

The China-EU high-level climate dialogue mechanism was established during a virtual summit between Chinese and European leaders in September.