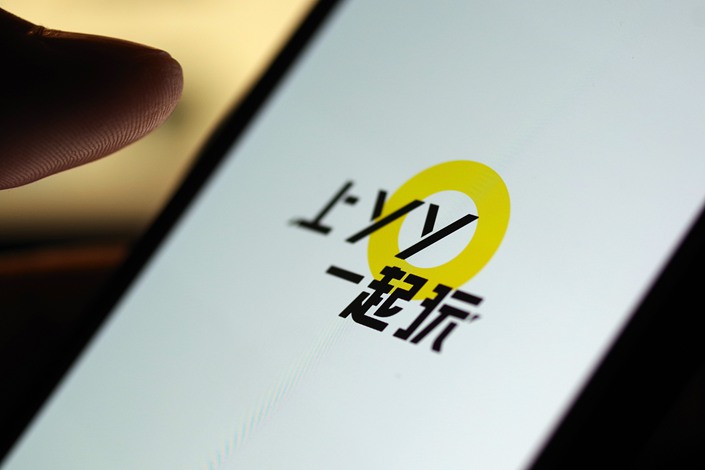 Joyy Inc. has disclosed that the sale of its livestreaming business to Baidu for $3.6 billion is in the final stages, overcoming doubts raised by notorious short seller. Photo: VCG

Social media firm Joyy Inc. said it is in the final stages of a deal to sell its livestreaming business to search giant Baidu Inc., brushing off allegations of user and revenue inflation by notorious short seller Muddy Waters in November.

Muddy Waters made its allegations late last year just days after Joyy announced the blockbuster deal to sell its domestic video-based entertainment livestreaming business, called YY Live, to Baidu for $3.6 billion. In its 71-page report, Muddy Waters alleged Joyy engaged in revenue inflation and paid some livestreamers during long periods of absence or inactivity, among other things.

The report caused Joyy’s New York-listed shares to dive as much as 30% in a single trading day after its release.

Joyy quickly dismissed the allegations, saying the Muddy Waters report was replete with errors and demonstrated an ignorance of the red-hot livestreaming industry. The company’s shares have rebounded sharply since then, and now trade about 20% higher than their levels before the attack.

In its latest filing on Monday to the U.S. securities regulator, Joyy said its own audit committee conducted an internal investigation into allegations raised in the Muddy Waters report.

Joyy added the sale of the business to Baidu, which it originally said would close in the first half of this year, has now been “substantially completed.”

A spokeswoman at Baidu had no comment on whether terms of the deal had been changed after release of the short seller report. The company is set to report its latest quarterly results on Feb. 17. A representative from Joyy said further details on the transaction “will be disclosed when and as required by applicable securities laws.”

Based on the previously announced sale price and Joyy’s latest market value of $9.7 billion, the livestreaming assets being sold would represent about 37% of Joyy’s total market value.

Baidu was once one of China’s “Big Three” internet companies, alongside e-commerce giant Alibaba and social networking juggernaut Tencent. But while Alibaba Group Holding Ltd. and Tencent Holdings Ltd. have gone on to become true colossuses, with market values of more than $700 billion, Baidu has failed to grow as quickly due to heavy reliance on its relatively mature search business that counts advertising as its main revenue source.

As a result, Baidu’s current market value of just under $100 billion is below that of far younger companies such as online-to-offline services specialist Meituan, worth $300 billion, and No. 2 e-commerce player JD.com Inc., which is worth about $150 billion. Even the newly listed short video company Beijing Kuaishou Technology Co. Ltd., which debuted in Hong Kong on Friday, is valued higher at $180 billion.

Baidu has placed its bets for its future on artificial intelligence, with a special focus on autonomous driving to jumpstart its growth. But the Joyy acquisition could give it another possible avenue, putting it into the hot livestreaming area that has become even more popular during the pandemic as many people remain housebound.

The takeover will give Baidu access to YY Live’s 4.1 million paying users, and will include the YY mobile app, YY.com website and PC YY. At the time of the original announcement, Baidu Chief Financial Officer Herman Yu noted the acquisition would allow the company to get a “meaningful piece” of revenue for its mobile ecosystem from sources other than the usual advertising associated with its search business.

Ding Yi and Flynn Murphy contributed to this report.