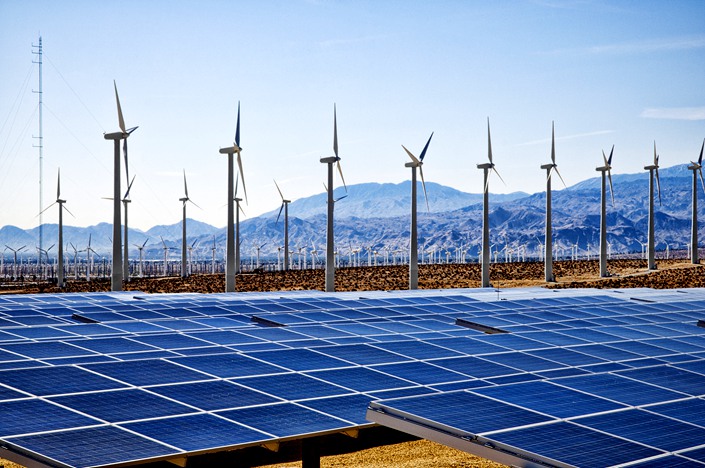 The targets could help fulfill the country’s commitment to installing 1.2 billion kilowatts of wind and solar power capacity by 2030.

China is poised to roll out specific targets for provinces’ green energy use, as the country’s ambitious goal of peaking carbon emissions by 2030 looms.

All of China’s province-level regions, except Tibet, are to be given specific yearly targets for renewables’ share of their total power consumption for the years to 2030, according to an internal draft plan the National Energy Administration (NEA) sent to local energy authorities on Feb. 5.

The plan, open to feedback until Feb. 26, aims to ramp up national share of renewables — which includes hydrogen, wind, solar and biomass — to 40% by 2030.

The targets vary among the 30 regions involved, with some having a long way to go and others having already achieved a satisfactory level. More developed regions such as Beijing, Shanghai and Guangdong province need to increase their renewables share from the range of 15% to 25% this year to around 30% by 2026, and eventually up to 40%.

For eight regions, mostly located in central and western parts of China, which have renewables shares of between 40% and 70% this year, the draft plan only asks them to ensure the proportion doesn’t decline in the coming years.

The targets could help fulfill the country’s commitment to installing 1.2 billion kilowatts of wind and solar power capacity by 2030, the plan said. President Xi Jinping announced the pledge at the United Nations Climate Ambition Summit in December.

That is more than twice the country’s current wind and solar capacity, which stood at 530 million kilowatts at the end of 2020, according to the NEA. But Tao Ye, a deputy director of a research center under China’s top economic planner, told Caixin the capacity goal should be further boosted to 1 billion kilowatts by 2025 and 1.6 billion kilowatts by 2030 in order for renewable sources to make up 40% of the total energy mix.

The draft plan also seeks to help meet another goal President Xi set at the U.N. summit, namely boosting the share of non-fossil fuels — which includes renewables and nuclear energy — in China’s national power use to 25% by 2030. The share at the end of 2019 was 15.3%.