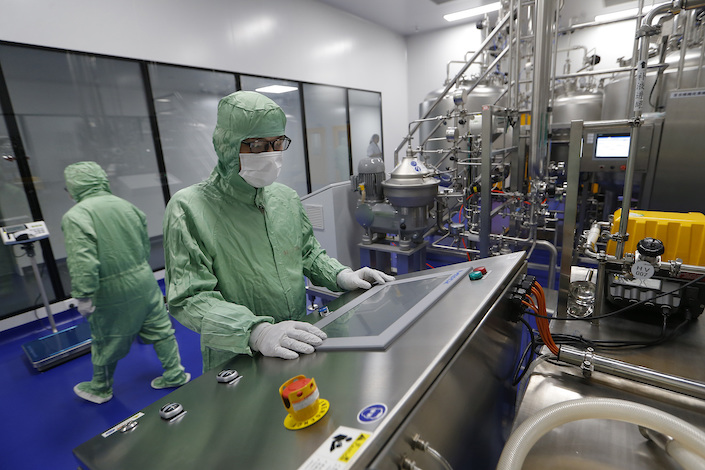 China’s national drug regulator accepted CanSino Biologics Inc.’s application for approval of its Covid-19 vaccine, the Chinese vaccine producer said Wednesday, putting the shot on track to become the third to be cleared for use in the country.

CanSino’s single-dose inoculation, known as Ad5-nCoV, showed an overall efficacy of 65.28% at preventing all symptomatic Covid-19 28 days after taking the shot, CanSino said in a filing with the Hong Kong stock exchange, citing interim analysis data from Phase 3 clinical trials.

The shot has an efficacy of 90.07% at preventing severe disease 28 days after single dose vaccination, CanSino said.

The effectiveness of Ad5-nCoV meets the technical standards laid out by the World Health Organization and standards and requirements set out by the National Medical Products Administration, CanSino said.

The viral vector vaccine, which loads an antigen from the coronavirus on a harmless cold-causing pathogen called adenovirus, was co-developed by the Tianjin-based biotech company and the Chinese military.

The shot won approval in Mexico Feb. 10 for emergency use for people 18 years of age or older. CanSino agreed to supply 35 million doses to Mexico while Malaysia is in talks to get 3.5 million shots. Pakistan, where one of CanSino’s biggest trials is underway, will get 20 million shots. The company said it would build capacity to produce 100 million to 200 million doses this year.

CanSino has yet to fully publish data from the Phase 3 trials. The company launched the final stage of clinical trials for the vaccine in Pakistan, Mexico, Russia, Chile and Argentina, covering more than 40,000 people. Faisal Sultan, Pakistan’s health adviser, said in a Twitter post earlier this month that CanSino’s shot showed an average 90.98% effectiveness in preventing severe disease and 74.8% efficacy at preventing symptomatic cases.

Chinese authorities in late December approved the first homegrown coronavirus vaccine for public use. The shot developed by state-owned China National Biotec Group Co. Ltd., a unit of Sinopharm, was shown to be 78% effective.

CanSino said earlier that it was working to get approval from the World Health Organization so that its vaccine can be procured and distributed through the WHO-backed Covax initiative that many developing countries were relying on for vaccines.

The shot can be stored at refrigerated temperatures for two years and can afford a high protection rate with only one dose, making it a more feasible choice for distribution and inoculation in the developing world than the Pfizer and Moderna mRNA vaccines, which require two doses and deep freezing.