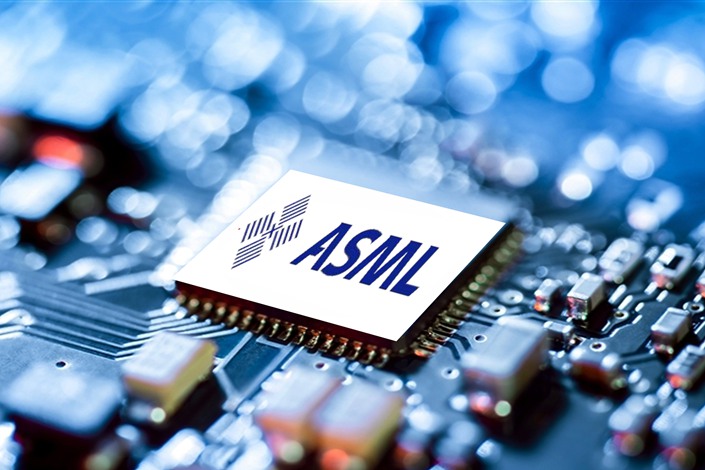 Dutch firm ASML Holding N.V. has extended its contract to supply lower-tech chipmaking machines to Semiconductor Manufacturing International Corp. (688981.SH) through year-end, providing a lifeline for the leading Chinese firm that has been hobbled by U.S. sanctions.

The Chinese company, also known as SMIC, told the Hong Kong Stock Exchange on Wednesday that it has agreed to buy $1.2 billion worth of ASML equipment between March 2020 and March 2021.

It was able to do that after amending a previous long-term supply deal with ASML that expired at the end of last year, extending the deal by a year. Those moves seemed to indicate the pair intend to continue doing business despite reported earlier U.S. efforts to cut off such sales.

SMIC is one of a raft of Chinese companies targeted by the former administration of U.S. President Donald Trump, which alleged the firm was providing technology to the Chinese military, a claim SMIC has denied. It was included on three U.S. government blacklists, including one that banned American firms from trading with it. But that ban did not apply to non-American companies like ASML.

That meant that ASML, which makes the world’s most advanced equipment based on extreme ultraviolet lithography technology (EUV), could continue selling to SMIC.

Despite that, Washington reportedly sought to pressure the firm to stop selling its hardware to China as part of a broader effort to stymie the country’s drive to build up its chip sector. It has also reportedly worked with allied governments to achieve such aims, and threatened to cut off such firms from their American business partners if they sell to China.

When Trump was still in office, his administration had focused on blocking sales of the most cutting-edge products to China, while showing more willingness to let the country purchase older technologies.

Crucially, the ASML statement said the hardware being sold under the current deal that runs through this month was for deep-ultraviolet technology, an older technology than the most advanced EUV. ASML CEO Peter Wennink insisted in a company earnings call in October that the firm did not require a U.S. license to sell such hardware to customers in China.

In its latest announcement, SMIC said it would pay ASML in two steps, 30% when the purchase order is issued, and the balance after delivery.

Gu Wenjun, the chief analyst at Shanghai consultancy ICWise, said the lithography machines supplied by ASML from the latest orders will likely be used for chips produced from 12-inch wafers.