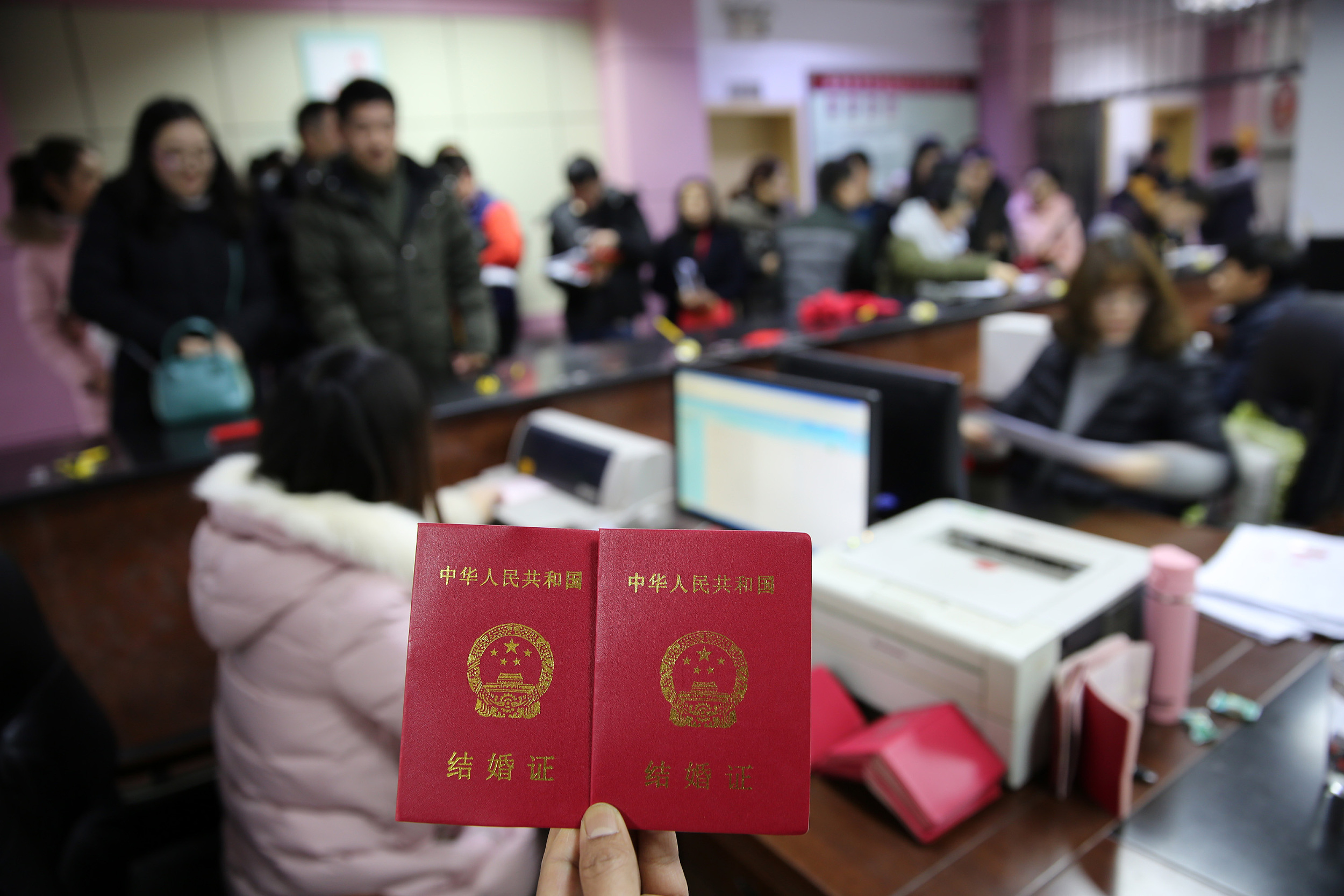 At least half a billion social media users have viewed a Weibo post about a couple who were not granted a marriage license because of what they were wearing in their official ID photograph — Chinese traditional clothes or “hanfu” (汉服). Since the story trended on Weibo, civil affairs administrations across China have chipped in to say they would have let the couple marry, and the official at the heart of the story has spoken of the pressure she has faced due to the grey area in regulations.

A local of Wuxi in East China’s Jiangsu province named Tang wrote a post on Weibo saying that the photo of her and her husband was rejected when they went to register for marriage. As a passionate wearer of traditional Chinese clothing, Tang had seen examples of others wearing hanfu in their marriage ID photos, so she and her husband took a photo wearing traditional red marriage outfits against a red backdrop in compliance with marriage registration photo specifications.

The Wuxi Civil Affairs Bureau said applicants could not wear wedding outfits or other costumes and advised the couple to take a photo on site instead. When the initial refusal to grant a license went viral on Weibo, the bureau initially defended itself saying “there was no precedent.” The couple have since married.

The bureau later apologized for saying “hanfu was a costume” and came out in support of young people being allowed to express themselves. However, it made clear that more research was needed before couples could marry wearing hanfu in Wuxi in the future.

The story has caught the attention of other civil affairs bureaus. Among them, Xian’s Bureau of Civil Affairs said it allowed hanfu in wedding certificate photos, but that it “requires careful consideration.”

In the era of the selfie, hanfu supporters have proliferated in China as nostalgia and nationalism have found a home in the hobby. This is also not the first time hanfu has been in the political spotlight. A fierce debate about the clothing style’s origins is ongoing, with South Korea and China both making historical claims. A photo posted on Weibo by actor Xu Kai showed him on the set of Chinese TV series “Royal Feast” wearing garments that resemble the Korean version known as “hanbok.”

Of the thousands of comments on Weibo, many expressed support for the hanfu-wearing couple. “T-shirts are in, shirts or suits are fine, even Chinese traditional “qipao” (旗袍) are ok. So why not hanfu? Traditional outfits are entirely suitable for the occasion,” said one.

Some came down hard on the rigid “official-ese” presented in the story. “If you can’t agree because there is no precedent, there will never be a precedent.”

Others wondered if the couple are really hardcore hanfu fans who are hoping for a society-wide revival of the style. “I’d say there aren’t so many real promoters, only those who wear them for the camera to look dazzling for a minute … I don’t think it will result in more people wearing them in daily life!” The style of the photos was also the subject of criticism. “Red on red has such an ugly effect, don’t you think?”

Some supportive words were spared for the local officials too. “The Civil Affairs Bureau is afraid that if they agree, someone is going to get married in a cosplay outfit, and they’ll have nothing left to say.”

In a quick take for the reader in a hurry, one commenter said, “So the clothes of the ancestors are now called costumes. Got it.”