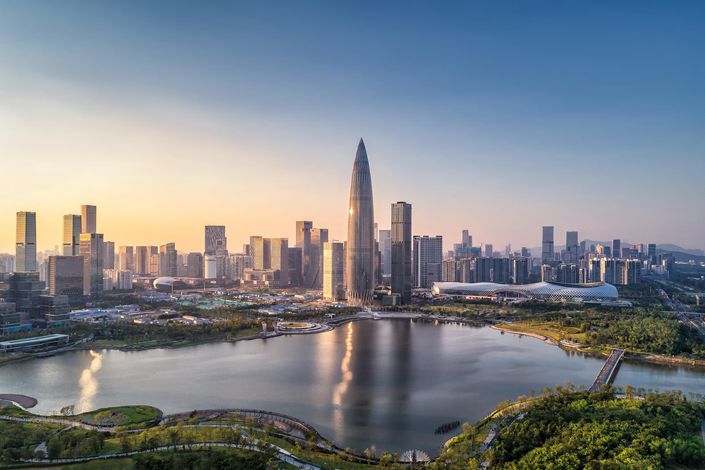 China’s southern boomtown of Shenzhen, long regarded as a pioneer of the country’s reform and opening-up, now has the strongest economy on the Chinese mainland, according to a new ranking.

Of the 900 global cities ranked in the latest Global Cities Index by asset management firm Schroders PLC, Shenzhen ranked 19th in 2020, jumping 25 places from the previous year. Shenzhen outranked other mainland cities including the eastern new economy powerhouse of Hangzhou, the capital of Beijing, and the financial hub of Shanghai.

The Global Cities Index ranks the world’s most economically vibrant cities based on several key factors — including environment, economy, innovation and transportation.

For mainland cities, Shenzhen topped the economic factors ranking, which is determined by a city’s GDP, population over 15, retail sales and median household income. However, its 15th ranking in innovation lagged behind Beijing, which came in seventh, and Shanghai, which came in 14th. Shenzhen ranked 29th in terms of its environment and 14th in terms of transportation.

In mid-October, President Xi Jinping visited the city to mark the 40th anniversary of the establishment of the Shenzhen Special Economic Zone.

Xi urged the city to take the lead in advancing the country’s reform agenda with “greater political courage and wisdom” amid “unprecedented challenges” including competition globally for technology and talent.

Wang Weizhong, Communist Party chief of Shenzhen, vowed in an interview with national broadcaster CCTV in October to press ahead with the hard part of the city’s reform agenda regardless of potential resistance from vested interests. The city’s reform agenda has stepped into “deep water,” and some of it is in “no man’s land,” he said, referring to policies that have not yet been piloted in the city.

The central government also announced measures that will grant Shenzhen more autonomy as Beijing seeks to raise the region’s profile as a tech and financial hub amid tensions with the U.S.

Those measures covered a list of reforms that include measures for improving financial markets, protecting intellectual property and attracting talent.