China Won’t Back Down on ‘Core Interests,’ Ambassador Warns U.S. 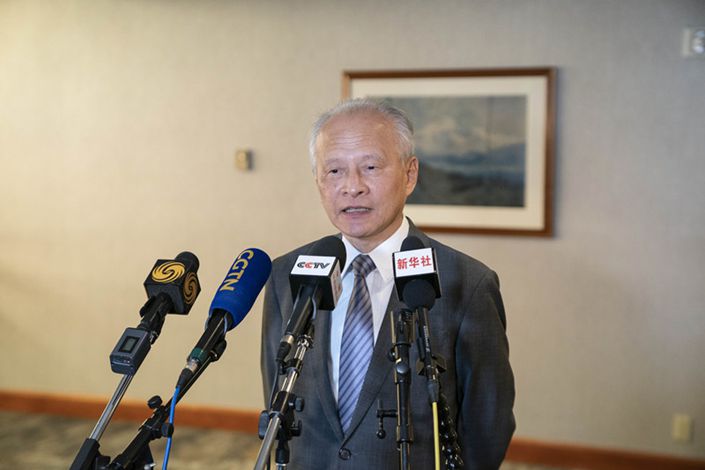 What’s new: Cui Tiankai, China’s ambassador to the U.S., told Washington to “give up illusions” of China compromising on any issues in the country’s “core interests,” including in Hong Kong, Xinjiang and Taiwan, according to an interview transcript released Thursday by the Chinese Embassy in Washington.

“If people assume that applying pressure unilaterally or closing ranks with allies will make China bow, if they assume that China will say yes to any unilateral demands from any side just for some ‘outcomes’ from the dialogue, I advise them to give up such illusions. These assumptions will only lead to a dead end,” Cui said.

The background: Both Beijing and Washington signaled tough stances ahead of the Alaska meeting as the two sides attempt to recalibrate their tense relationship.

On Wednesday, the U.S. State Department sanctioned an additional 24 Chinese and Hong Kong officials over Beijing’s tightening grip over the semi-autonomous region. Foreign financial institutions that deal with the sanctioned officials will now be subject to U.S. punishment.