By Yang Ge and Zhou Wenmin 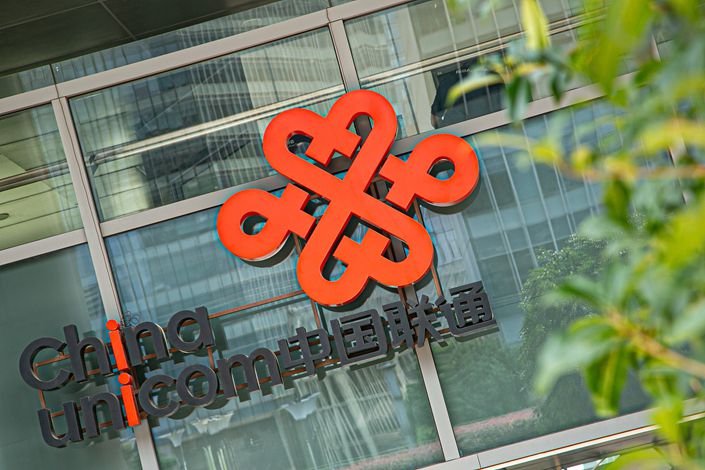 The U.S. telecoms regulator said it has begun a process that could strip the local business licenses from two Chinese entities, including major wireless carrier China Unicom, marking the latest in its flurry of similar moves over national security concerns.

The Federal Communications Commission (FCC) announced it was taking similar action against Pacific Networks and that company’s wholly owned ComNet subsidiary, after determining that pair and Unicom were all “indirectly and ultimately owned and controlled by” the Chinese government. State ownership in sensitive sectors like telecoms services is common in China, with domestic private companies and foreign firms often largely shut out of such spaces.

According to two identically worded statements released on Wednesday, the FCC said it raised concerns with Unicom, Pacific Networks and ComNet that their government affiliation could make them prone to the “exploitation, influence, and control of the Chinese government.” Accordingly, it asked them to show why the commission should not revoke their licenses to operate in the U.S.

It added that all three entities later failed to “dispel serious concerns” held by the regulator.

“Accordingly, today’s action starts the process to determine whether the present and future public interest, convenience, and necessity warrant revocation of China Unicom Americas’ domestic … and international … authorizations” to offer service in the United States, the agency wrote in its statement on Unicom. It provided an identical conclusion in a separate statement about Pacific Networks.

It did not provide any timetable for when it would conclude its determination process or when Unicom and Pacific Networks might lose their licenses.

Unicom, one of China’s three major wireless carriers, issued a lengthy response, noting that its China Unicom Americas (CUA) unit is “a commercial enterprise that has operated in the U.S. market for nearly two decades.”

“CUA is a distinct, separate legal entity that is subject to — and has complied with — U.S. laws and regulations,” it said. “CUA expects a thorough, fair and fact-based review of the company’s conduct by the FCC, and anticipates that engagement between CUA and relevant U.S. government agencies can address any outstanding concerns and ensure the interests of its American and international customers are protected.”

The moves against Unicom and Pacific Networks are the latest in a recent series by the FCC against Chinese telecoms service providers and also telecoms equipment suppliers over concerns that such entities’ products and services could be used for spying by Beijing.

Earlier this week, the agency rolled out its first edition of a blacklist of Chinese telecoms and surveillance equipment makers whose products it believes could pose a national security risk. The initial list included five companies, topped by beleaguered networking equipment maker Huawei Technologies.

Before that, the FCC voted in November to prohibit U.S. telecoms carriers from using a government fund to buy products and services from Huawei and ZTE, also on the grounds that the two Chinese companies pose a national security threat.

Unicom and its two main peers, China Mobile and China Telecom, are also facing a different challenge in the U.S. after being placed on another blacklist by the U.S. Defense Department for alleged ties to China’s military. Then-U.S. President Donald Trump subsequently signed an executive order banning U.S. individuals and institutions from investing in any companies on that list, prompting the New York Stock Exchange to halt trading and start a de-listing process for all three companies’ U.S.-traded shares.

That move effectively bars U.S. investors from buying any index-linked funds that contain the three stocks, prompting many index compilers to drop the trio from their indexes. All three companies appealed the de-listing decision in January, and hearings are believed to be set for next month.