By Yang Ge and Du Zhihang 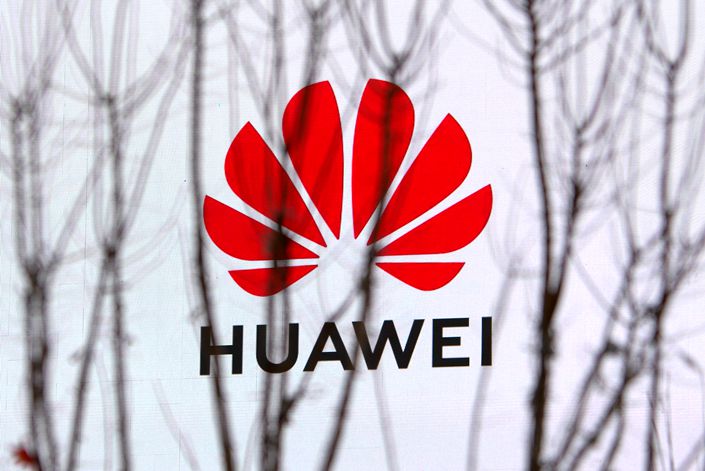 The Federal Communications Commission (FCC) said the five were “deemed a threat to national security,” making it the latest regulator to maintain such a list. Other agencies with similar lists include the U.S. Department of Commerce and the Department of Defense. Each list carries different implications, though all are designed to steer investors, suppliers and customers away from the companies — sometimes forcibly.

The other three companies on the FCC’s list, which was published Friday, were telecoms equipment maker ZTE Corp. (000063.SZ) and surveillance-equipment makers Hytera Communications Corp. Ltd. (002583.SZ) and Dahua Technology (002236.SZ). Shenzhen-listed shares of ZTE and Hikvision closed down 8.8% and 3.2%, respectively on Monday. Dahua shares ended down less than 1%, while Hytera shares closed up 1.6%.

Publication of the list was aimed at “restoring trust” to U.S. telecoms networks, FCC acting Chairwoman Jessica Rosenworcel said in a statement accompanying the announcement.

“Americans are relying on our networks more than ever to work, go to school, or access healthcare, and we need to trust that these communications are safe and secure,” she said. “This list provides meaningful guidance that will ensure that as next-generation networks are built across the country, they do not repeat the mistakes of the past or use equipment or services that will pose a threat to U.S. national security or the security and safety of Americans.”

Read More
In Depth: Shunned by the U.S., Huawei Pins Its Hopes on Europe

The FCC voted in November to prohibit U.S. telecoms carriers from using a government fund to buy products and services from Huawei and ZTE on the grounds that the two Chinese companies pose a national security threat.

The FCC was required to publish its new blacklist by March 12 under the larger Secure and Trusted Communications Networks Act of 2019, which became law a year ago. The agency said it will continue to update the list “if other communications equipment and services are determined to meet the criteria under the law.”

The U.S. had already taken a stance against Huawei and ZTE before the Trump era over concerns that their equipment could be used for spying due to the companies’ alleged ties with Beijing. Huawei has denied any such ties, and Beijing has also strongly denounced the steps against two of its most prominent exporting high-tech giants as unfair trade.

But the Trump administration, working with an equally wary Congress, took the prohibitions to a new level by putting Huawei, ZTE and many other names on a variety of blacklists limiting their access to U.S. technology and capital. Huawei and Hikvision are both currently on a U.S. Commerce Department blacklist that requires all of their American suppliers to get special government licenses before selling to the Chinese companies.

The U.S. Defense Department has also published its own list of Chinese companies that it believes have ties with the Chinese military. Most of the names on that list are big state-owned enterprises, but it also includes some private names like Huawei, Hikvision and smartphone-maker Xiaomi. An executive order signed by Trump prohibits individuals and institutions from investing in any companies on the Defense Department list.

Some of the Chinese companies have sued the U.S. government in an attempt to stop the bans against them. In the latest development for one of those, a judge on Friday put a temporary halt to the ban facing Xiaomi, siding with the company’s lawsuit that argued the move was “arbitrary and capricious” and deprived the company of its due process rights.

The U.S. actions have shined a spotlight on China’s continued reliance on Western technology, and prompted calls internally for the country to invest more in key areas like microchips that are now mostly imported. Last week at the annual meeting of China’s annual legislature, Miao Wei, head of the nation’s Ministry of Industry and Information Technology, said China will need another 30 years to become a true manufacturing powerhouse due to its reliance on foreign components for many of its high-tech products.