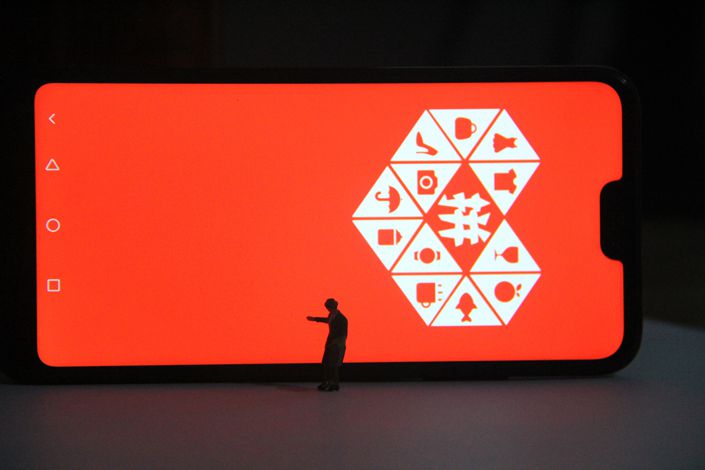 Maintaining Pinduoduo’s astronomic growth will be a tough task for its new chairman and CEO as the firm faces a number of headwinds. Photo: IC Photo

Pinduoduo was a relative latecomer to China’s e-commerce scene. But that hasn’t stopped it from becoming the country’s biggest player, as it unseated longtime leader Alibaba late last year to become the top dog by user numbers.

As if announcing that his work was done and it was time for others to take over, Chairman Huang Zheng, who also goes by Colin Huang, surprised everyone by using the occasion to announce his departure from his young company.

Founded in 2015, Pinduoduo grew at a blistering pace to reach its spot at the top of China’s trillion-dollar online retail market. It did so by targeting lower-income users with cheap goods and a discount group-buying model, allowing it to quickly grab market share by attracting legions of ultra-price-sensitive consumers previously left out of China’s e-commerce boom.

It listed on the Nasdaq just three years after its founding, netting $1.63 billion in the year’s second biggest float by a Chinese company. Reflecting the perils of the business, it faced a share sell-off a week later amid news Shanghai regulators were investigating it for selling counterfeit products.

Pinduoduo’s community group buying model has become the latest e-commerce craze in China, exploding since last year. Under the model, shoppers can place orders for fresh food and groceries via e-commerce platforms, which then pool and coordinate the orders to generate bulk purchases with big discounts.

Though it continues to lose money, Pinduoduo’s crowning milestone was contained in its latest quarterly earnings report, where it revealed that its number of annual active buyers rose 35% year-on-year to 788.4 million by the end of last year, surpassing Alibaba’s 779 million.

Huang steps down, but is he out?

Huang Zheng’s sudden departure wasn’t totally out of the blue, following his resignation as Pinduoduo’s CEO eight months ago. On giving up the chairman’s post this week, he said he would entrust the voting rights connected with his shares to the company’s board of directors.

Under the firm’s arrangement Huang was Pinduoduo’s only known shareholder with Class B shares, which had 10 times the voting power as the Class A shares held by everyone else. That arrangement was annulled by his resignation, the company said, meaning his stake instantly lost its outsized voting power. He also pledged not to sell his shares for three years.

But a Caixin analysis suggests that even with all shares of the company reverting to equal value, Huang could still hold the largest stake — and thus the largest voting stake — at just under 30%, though Tencent, Gaorong Capital and Sequoia have all grown their shares. The company issued new shares and convertible bonds in the fourth quarter, meaning the exact shareholding breakdown will not be clear until Pinduoduo files its audited annual report to the SEC.

Huang stated his intent in a letter to shareholders on Wednesday evening, saying he would no longer hold a management position at the company. He added that current CEO Chen Lei would fill his previous role.

The announcement left investors worried, with Pinduoduo’s U.S. shares tumbling 7.1% on Wednesday in New York. The company did not respond to questions from Caixin about whether Huang would remain a member of the exclusive club the company is building to choose its top brass, known as the “partners committee,” whose members will have the right to hire executive directors and recommend senior management candidates.

The committee is not functional yet, as it currently needs one more partner to meet the minimum required number of five. The current four are Huang and Chen, as well as fellow co-founders Sun Qin and Fan Jie. New partners are to be nominated by existing partners and will need more than 75% of existing partners’ votes before they can be appointed.

Chen is a founding member of Pinduoduo and has served as its technology chief since 2016. He specializes in data science and was educated at Tsinghua University and the University of Wisconsin-Madison.

He is also believed to be behind the firm’s push to obtain a coveted third-party payment license, enabling it to circumvent Alipay and WeChat Pay for purchases on the platform. The firm launched its e-wallet, Duoduo Wallet, late last year, after a company controlled by Chen acquired a majority stake in license-holder Fufei Tong (付费通).

Pinduoduo’s board has six members, according to its 2019 annual report. In addition to Huang, the only non-independent director is Tencent’s Lin Haifeng. The independent directors are Shen Nanpeng, Lu Qi, George Yong-Boon Yeo and Anthony Kam Ping Leung.

A source with knowledge of Pinduoduo’s decision-making told Caixin the company’s board seldom participates in Pinduoduo’s daily operations and steers clear of major decision making. Despite announcing his retirement last July, Huang remained the firm’s core decision-maker, with Chen and Gu Pingping essentially acting as executives that put those decisions into practice and ran daily operations.

“There is nothing Huang Zheng doesn’t know about Pinduoduo,” the source said. But since July, that source and a number of company employees told Caixin that Huang had been gradually delegating authority over areas like finance, public relations and government relations to Chen.

Maintaining Pinduoduo’s astronomic growth will be a tough task for its new chairman and CEO as the firm faces a number of headwinds.

One week after Pinduoduo’s bumper Nasdaq listing it faced a sell-off when Chinese market regulators announced it was under investigation for selling counterfeit goods. Despite its innovative model, the firm’s image as a low-end version of Alibaba’s Taobao has been hard to shake, and has caused some luxury brands to snub the platform.

Pinduoduo has also been dogged recently by a troubling worker rights record, which drives people to put in long hours for no extra pay. The firm faced a backlash after details emerged of the suicide of a young engineer working on Duoduo Wallet, which came just two weeks after the sudden death of an employee at its grocery service Duo Duo Maicai.

Its reputation has also suffered with its suppliers as it has grown, and its apparent loss-making strategy has drawn the attention of Chinese regulators. Group buying platforms typically offer prices much lower than those provided by brick-and-mortar stores, leading some more traditional suppliers and offline retailers to try to prevent wholesalers from supplying them.

In December, officials from Pinduoduo, Alibaba and Meituan got a dressing down by the State Administration of Market Regulation and the Ministry of Commerce over their business practices, including selling goods below cost. Regulators said the platforms’ heavy discounts were distorting the market and had “put pressure on employment.” The regulators also warned the companies about illegally collecting customers’ personal data.

Pinduoduo doubled the agricultural product orders placed across its platform in 2020, as demand for selling and buying farm produce online rose due during the Covid-19 pandemic as farmers were forced to seek online alternatives to traditional wet markets.

The firm posted its first-ever operating profit in the third quarter of last year, before returning to a loss in its latest reporting quarter. Its fourth quarter revenue was 26.5 billion yuan ($4.1 billion), marking a year-on-year increase of 146%. Meantime, its fourth-quarter loss narrowed sharply to 185 million yuan from 815 million yuan in the same period for 2019.