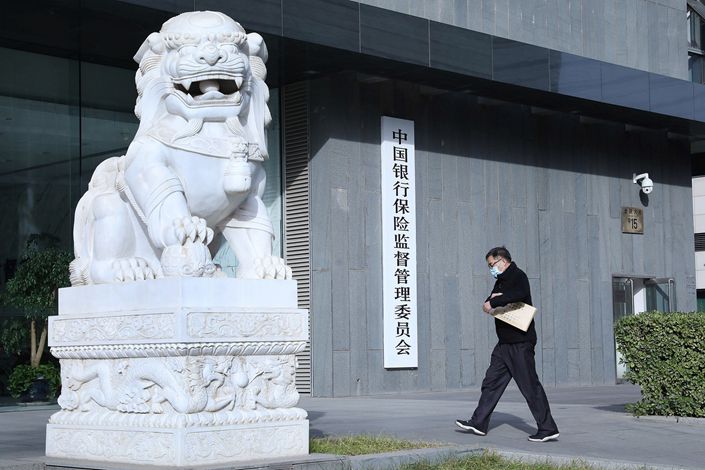 The China Banking and Insurance Regulatory Commission (CBIRC) has urged banks to make more loans to healthy private companies, mentioning in particular those in advanced manufacturing and strategically important industries, according to an official statement seen by Caixin on Wednesday.

The document indicates that financial regulators are trying to reassure the markets amid concerns about the financing difficulties facing a number of private companies, especially small businesses, whose prospects have fallen with the outbreak of Covid-19. Over the past few years, many private companies have had trouble borrowing money as banks prefer to lend to large, state-owned companies.

As China’s leadership has been calling for the country to achieve greater “self-reliance” in technology, the banking regulator is also pushing banks to increase medium- and long-term financing to private tech companies in advanced manufacturing and strategically important industries.

The regulator said it supports banks and insurers in continuing to serve compliant privately owned tech firms that operate internet platforms. Since late last year, some private tech giants like Ant Group Co. Ltd. have had to deal with tighter leverage rules and monopoly regulations.

Qualified micro and small private businesses with good market prospects and a strong ability to create jobs can continue to benefit from two preferential loan policies launched last year, the CBRIC said. One of the policies provides incentives for banks to allow the companies to postpone repayment of loans. The other is aimed at expanding unsecured loans to these companies.

On Wednesday, the State Council, China’s cabinet, announced (link in Chinese) that the two policies will be extended until the end of this year.

The CBIRC has touted the expansion in credit to private companies in China. Outstanding loans to these firms reached nearly 50 trillion yuan ($7.6 trillion) at the end of 2020, an over 14% increase from a year earlier, according to the statement.

In the statement, the regulator also said that some large and midsize private companies’ management problems were partially to blame for their financing difficulties. Some of them didn’t pay close enough attention to the source, cost and maturity of their financing, leaving them at risk of not having enough cash available to pay their bills.

According to the latest national economic census (link in Chinese), China had 15.3 million privately owned micro, small and midsize companies at the end of 2018, accounting for 84.4% of total companies nationwide.