By Zhou Wenmin and Denise Jia 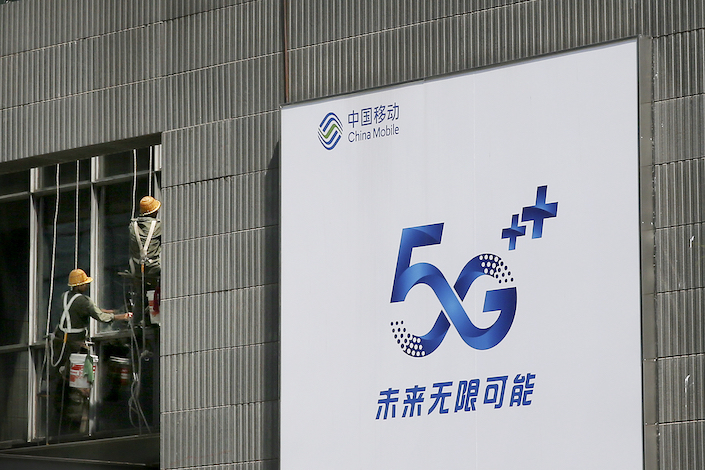 China Mobile Ltd. followed its rival China Telecom Corp.’s move to consider an A-share listing, after the stocks of the two state-owned telecom operators along with peer China Unicom were delisted by the New York Stock Exchange in January under a Donald Trump-era investment ban.

Yang Jie, chairman of China Mobile, told reporters during a conference call releasing earnings Thursday that the company is actively studying the possibility of an A-share listing, and it has “taken note” of a series of policies implemented by Beijing that create a favorable environment for red-chip companies to return to mainland exchanges.

Yang said that returning to the A-share market will help the company’s growth and allow its domestic clients to share the benefits from the company’s development.

Yang also said the company doesn’t rule out the possibility of a spin-off and listing of a business unit. “We are looking at which part of our business meets such conditions and can create greater value for the company,” he said.

Earlier this month, China Telecom announced plans to offer as many as 12 billion A shares on the main board of the Shanghai Stock Exchange. The company didn’t disclose pricing for the new listing. Based on China Telecom’s current price in Hong Kong around HK$2.70 ($0.35), it could raise around $4.2 billion from the listing.

All three Chinese telecom carriers made a written appeal to NYSE to reconsider its delisting decision the day Joe Biden was sworn in as U.S. President on Jan. 20. The NYSE in January delisted the three Chinese companies to comply with an executive order by former president Donald Trump barring U.S. investments in Chinese firms deemed as having links with the military. The request remains pending.