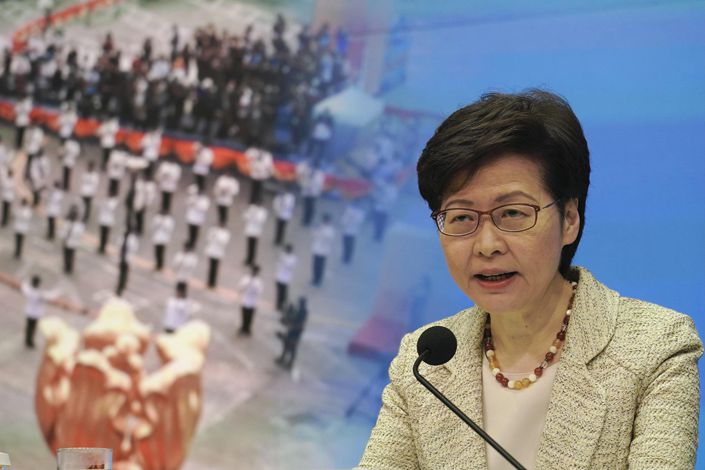 What’s new: The Hong Kong government will submit a draft plan revising the special administrative region’s electoral system by mid-April for the Legislative Council, the judicial arm of the semi-autonomous city, to review and approve by May, Chief Executive Carrie Lam said Wednesday during a press conference.

The chief executive election will be in March next year. Lam’s term will end in June 2022, and she will be eligible for a second term.

Why it matters: The Chinese National People’s Congress Standing Committee approved a package of electoral system changes in Hong Kong Tuesday to ensure that the city is governed by “patriots.” Details of the plan were released during China’s annual political gathering early this month.

The completion of the electoral system revisions will set in motion the first election cycle in Hong Kong after Beijing enacted a national security law for the city last year that aimed to restore stability after yearlong social unrest in the former British colonial territory.