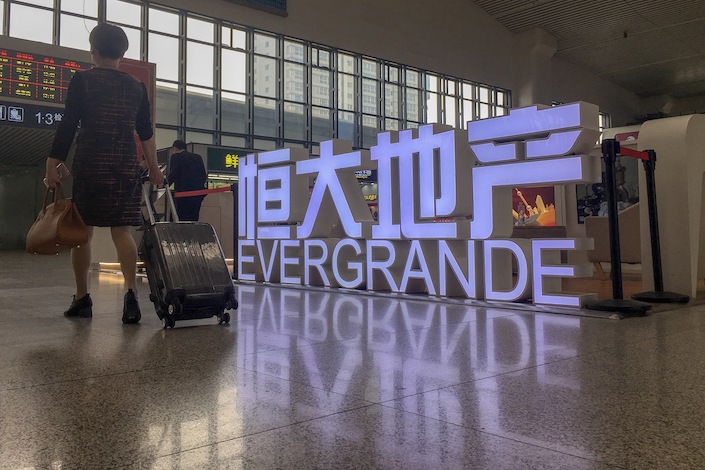 (Bloomberg) — China Evergrande Group unveiled plans to roughly halve its debt over the next two years after reporting its second consecutive drop in annual profit.

Since Evergrande’s cash crunch in September spooked investors and China’s top financial officials, the group has embarked on extensive sales promotions for its property projects and spearheaded multiple equity fundraisings. Hui’s empire, which ranges from the nation’s biggest developer by revenue to an electric-vehicle startup, more than doubled its combined market size to about $131 billion.

Evergrande’s total debt shrank 14% from the end of June to 717 billion yuan in December, and to 674 billion yuan in March, the lowest in two years, according to Bloomberg calculations based on the results. It plans to reduce the borrowings further to 350 billion yuan or less by June 2023, it said.

The drop in debt came after a swiftly changing policy environment in China coincided with Evergrande’s saga. In the third quarter, government officials drafted what state-run media have called “three red lines” — financial metrics that developers must meet if they want to borrow more.

The company continued to miss the three requirements at the end of last year, according to Bloomberg calculations based on the annual results, lagging behind several rivals that have shown improvement. Six out of 12 developers covered by Bloomberg Intelligence showed greater compliance with the rules in their 2020 results, analyst Kristy Hung wrote Tuesday in a note.

Evergrande plans to meet two of the metrics by the end of this year and achieve all three by the end of 2022, President Xia Haijun said Wednesday.

The developer has extended unusual promotions to boost sales and sought to redeem some dollar bonds early. In a previous multiyear target to pare borrowings, it ended up lowering its debt-to-equity ratio through an equity increase, while its debt load nudged higher. A borrowing binge helped Evergrande accumulate land and triple sales in just three years.