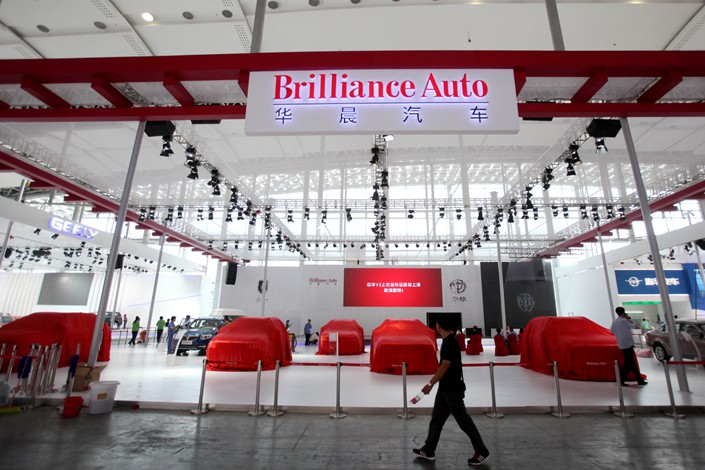 Shenyang-based Brilliance Auto started bankruptcy restructuring in November after it failed to repay money due creditors.

Shenyang-based Brilliance Auto started bankruptcy restructuring in November after it failed to repay money due creditors. A local court determined that the company did not have sufficient assets to repay all its debts but that it “has value and could possibly be saved.”

The court’s decision came about one month after Brilliance Auto failed to repay 1 billion yuan ($152 million) in principal and 53 million yuan in interest on bonds due Oct. 23.

Brilliance Auto is best known outside China for its collaboration with BMW. In 2003, its Hong Kong-listed subsidiary Brilliance China Automotive Holdings Ltd. established a joint venture with the German luxury automaker to produce passenger cars under the BMW brand in Liaoning’s capital, Shenyang.

Controlled by the government of the northeast province of Liaoning, Brilliance Auto is one of several local government-owned companies that sent jitters through China’s bond market with abrupt defaults. Most of the enterprises had sound credit-rating records and government backing, so the defaults caught investors off guard and set off a chain reaction affecting other debt issuers and local government financing vehicles.

Since the restructuring, creditors including several banks have sued Brilliance Auto, claiming a total of 3 billion yuan of unpaid debts, according to company statements.

In a November statement, Brilliance Auto said it defaulted on debt totaling 6.5 billion yuan, along with 144 million yuan of interest.

Brilliance Auto has faced criticism for two stake transfers before the default, which sparked speculation that the company was attempting to carve off valuable assets to avoid repaying debt.

China’s top securities regulator in November issued a warning to Brilliance Auto and launched an investigation of possible information disclosure violations. In December, Qi Yumin, who was chairman and Communist Party committee head of Brilliance Auto Group Holdings Co. Ltd. until 2019, was placed under investigation by the country’s graft buster.

In January, the Shanghai Stock Exchange issued a disciplinary penalty to Brilliance Auto, condemning the company and top executives. Without disclosing the nature of the penalties, the exchange said the company violated the exchange’s bond listing rules, bond transfer rules and credit risk management guidelines. It also violated a public commitment made in its bond offering prospectus and harmed the interests of bondholders.