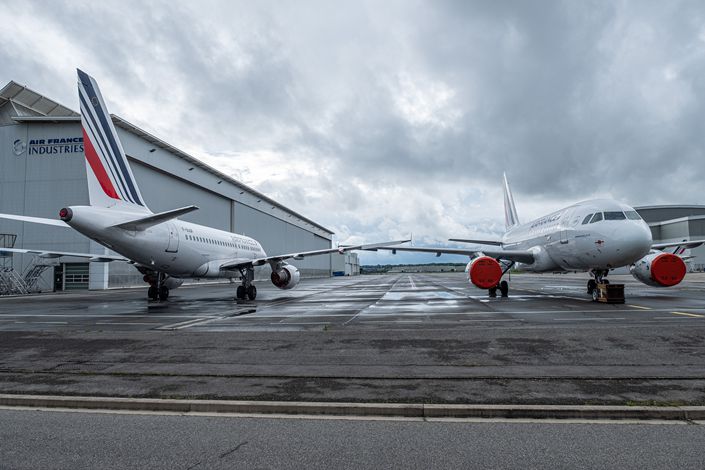 China Eastern Airlines Corp. Ltd., one of China’s “big four” state-owned carriers, will contribute to a rescue plan for debt-ridden Franco-Dutch airline Air France-KLM that will tighten ties between the companies that were forged under the Belt and Road Initiative.

China Eastern Airlines will participate in a 4 billion euros ($4.75 billion) French rescue plan “as part of further reinforcement of its strategic cooperation with the group,” a statement by Air France-KLM said Tuesday.

The plan aims to ease the carrier’s heavy debt load, which nearly doubled to 11.05 billion euros in 2020 as the Covid-19 pandemic almost brought international air transport to a standstill. It moved into the red during the period with a loss of 7.1 billion euros.

Under the rescue package, the French state will convert its 3 billion euros direct loan into a hybrid bonds instrument, and Air France-KLM will pursue a capital increase of up to 1 billion euros, according to the statement.

However, China Eastern Airlines, which currently holds an 8.8% share, will keep its stake strictly below 10% during the recapitalization, the statement said, and France will lock its holding below 30%. U.S. carrier Delta Airlines and the Dutch state — which have shares in the airline of 8.8% and 14%, respectively — will not participate in the plan.

Air France-KLM is the result of a 2004 merger between Air France and KLM. It signed a marketing agreement with China Eastern Airlines in 2017, under which the Chinese carrier bought a 10% stake for about 375 million euros. Subsequent issuing of new shares diluted the holding to the current 8.8%.

The deal was made when China’s Belt and Road Initiative brought new opportunities to the country’s air industry, the Shanghai-based carrier said at that time, adding that as a state-owned enterprise, it “placed the company’s development strategy under the national framework.”

“The commitment of our long-standing partner China Eastern Airlines to participate in the forthcoming capital increase also highlights a resolute confidence in the strengths and prospects of the Air France-KLM Group,” said Anne-Marie Couderc, company chairperson.

China Eastern Airlines received a capital injection of 31 billion yuan last year by introducing four new state-owned shareholders to ease the debt burden it incurred due to the spread of coronavirus.