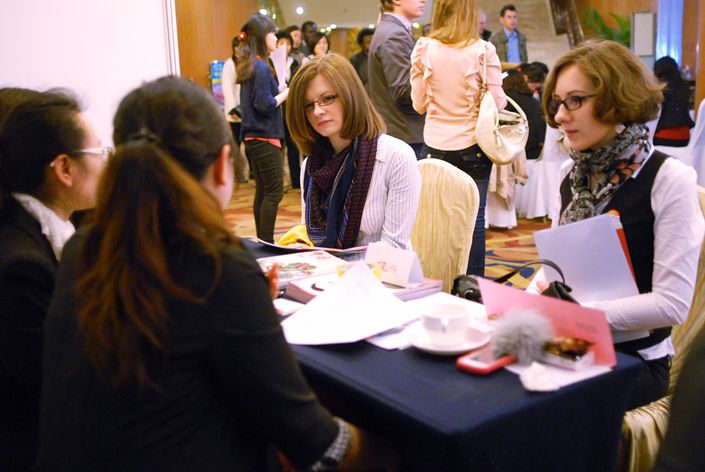 Based on national rules to attract high-end talent from abroad, the Shenzhen standards include elements tailored to local needs, the goverment said. Photo: VCG

The South China tech hub of Shenzhen has launched a three-year pilot program to attract high-level foreign talent, including top scientists and entrepreneurs, to help turn it into a global technology and innovation powerhouse.

The program includes a set of standards implemented Tuesday to certify urgently needed high-end foreign talent in Shenzhen, the country’s pioneer of reform and opening-up in the southern province of Guangdong, according to a notice (link in Chinese) issued by the city government.

Such certifications had previously only been handled by the Guangdong government.

Foreign talents who work in Shenzhen and successfully apply for certification can enjoy benefits such as a simplified application process (link in Chinese) for visas which will allow them to stay in China for up to 10 years, according to the State Administration of Foreign Experts Affairs.

The new standards, divided into seven categories, require candidates to meet at least one of the conditions within the categories, such as participating in a previous China talent program, holding globally recognized professional qualifications, and scoring 85 or more points in the system which assesses foreigners’ qualifications to apply for work permits, the notice said.

The rollout of the program came as Shenzhen was granted more autonomy in certain key areas, such as innovation, after President Xi Jinping’s visit in October to mark the 40th anniversary of establishment of the special economic zone.

Xi urged Shenzhen to carry out the next stage of reform, emphasizing the importance of talent and innovation, as the world’s second largest economy accelerates its transformation into a technology superpower to catch global rivals.

Based on national rules to attract high-end talent from abroad, the Shenzhen standards include elements tailored to local needs, the notice said. For instance, people who win the top three prizes in the finals of the China (Shenzhen) Innovation and Entrepreneurship International Competition qualify for certification.

Foreign nationals in Shenzhen can apply for certification via their employers, who will submit the applications online, and wait five days until the local science and technology innovation commission issues a confirmation letter.

Shenzhen is home to some of China’s leading technology giants, including Huawei Technologies Co. Ltd. and Tencent Holdings Ltd. With a population of more than 13 million, the megacity is stepping up efforts to build an “open and inclusive highland” of high-end talents, the notice said. It added that this would further drive development of the so-called Greater Bay Area — a regional integration plan covering part of Guangdong as well as Hong Kong and Macao — to rival Tokyo Bay in Japan or Silicon Valley in the U.S.