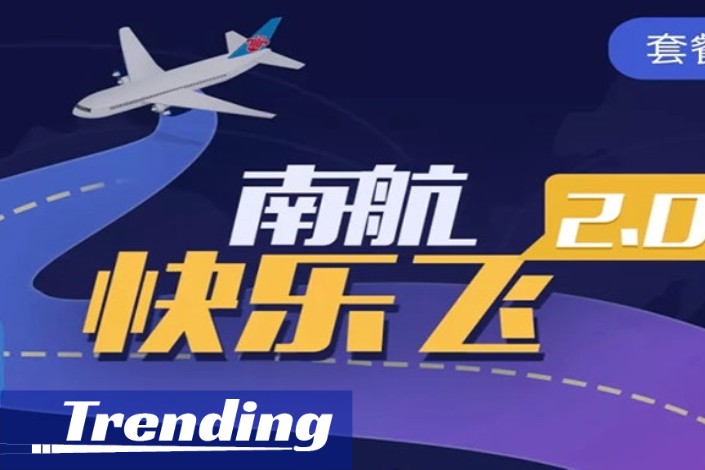 Since an investigation by China’s national broadcaster CCTV into of airline stimulus packages on April 5, purchasers of airline related deals have come forward on social media with details of how their itineraries deviated from what they thought they were buying.

The hashtag #Woman-buys-China-Southern-“happy-flying”-coupons-and-flights-changed-14-times# has been viewed 190 million times, and discussed in over five thousand comments.

On April 5, CCTV exposed issues with multiple airlines’ “Happy Flyer” schemes, which led one social media user to respond with a post regarding her experience with China Southern “Happy Flyer” scheme. The flyer surnamed Dao bought the airline’s second round deal but had her flights changed 14 times, with the latest two flight bookings from Urumqi to Beijing cancelled this month.

In March, Caixin reported (link in Chinese) that China Southern was allocating little over half its promised allotted seats on weekend and holidays to Happy Flyer subscribers. Based on screenshots taken by a purchaser of the pre-paid flight package, on March 14th, a Sunday, China Southern allocated only 11,700 seats of the 20,000 seats promised.

In the aftermath of the coronavirus epidemic in China, domestic airlines launched frequent flyer deals in an attempt to stabilize their cash flows, which “lost money but earned praise” from the authorities. For a prepaid sum, flyers could secure as many flights as they wanted on certain routes and dates, costing much less than normal. “The more subscribers fly, the greater the airlines’ losses” one industry insider told Caixin (link in Chinese), and as coronavirus outbreaks dwindled after Lunar Festival 2021, restrictions on movement was dropped, and the aviation market began to recover. As a result airlines made increasingly little money from the schemes. Airlines have become reluctant to open up seats, and it is now unlikely follow-up products will be launched any time soon.

“Consumers have the right to know the true status of the goods they buy and services they receive. In this incident, merchants repeatedly emphasized systemic problems, but consumers are doubtful,” wrote one lawyer in a blog published on Weibo.

Happy Flyer schemes are “easy to buy, but hard to redeem,” said another blogger. Selling products at the expense of user experience will eventually outweigh the gains…Only user experience-centric innovation and design can truly win the market.”

Commenters accused airlines of a lack of transparency, saying that “All-you-can-fly” deals have benefited airlines over passengers. As one social media user wrote, “Public enthusiasm for flight packages solved a temporary problem for Chinese airlines reeling from the impact of Covid-19 but now the solution is seen as a burden.”

“If airlines forget their promises, they will be punished by the market,” said a traveller. Another commenter disagreed, saying people should have known the deal was “too good to be true.”

Related: Trending in China: Social Media Cautiously Celebrates Travel Being Back on the Agenda for Qingming Festival