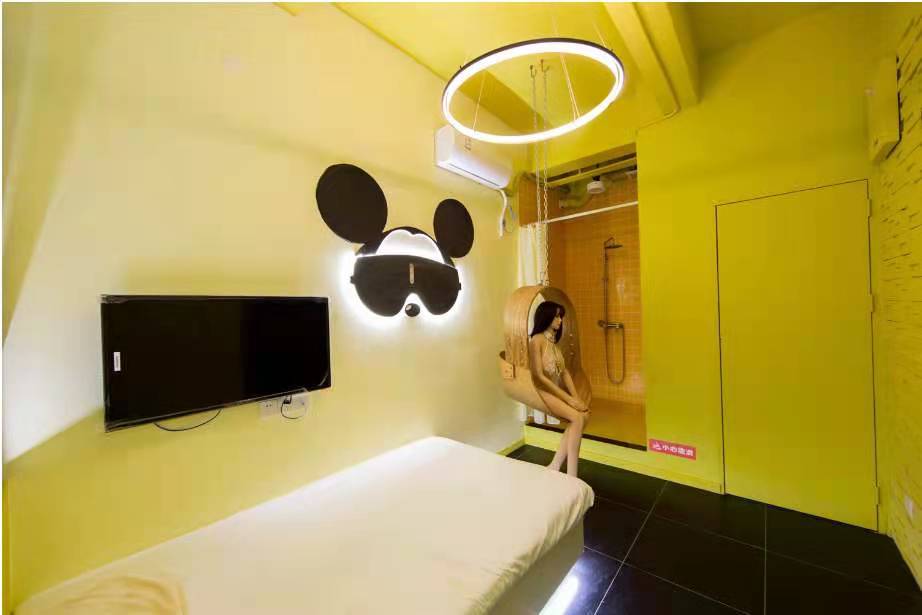 When police shuttered Li Bo’s business in March, he wasn’t particularly surprised. Law enforcement officers had targeted his controversial company for months with nighttime raids and threats of a shutdown.

The 35-year-old is the owner of Ai Ai Land, a so-called “sex doll experience hall” in the southern Chinese city of Shenzhen that rents mannequins at hourly rates for sexual use. Although similar businesses have operated in China since at least 2019, a string of recent closures has made national headlines and stoked public debate about the country’s laws and sexual mores.

On one side stand those who say the companies, which operate in a legal gray area, flout public health standards, offend public morality and conceal illegal activities like drug trafficking and prostitution.

Proponents argue that the companies do not breach any laws, meet hygiene requirements and provide an outlet for poor or disadvantaged men to safely and legally satisfy unfulfilled sexual needs.

Those men include some of China’s 291 million migrant workers, a group that accounted for around one-third of the country’s labor force in 2019, according to data from the National Bureau of Statistics. Many migrants work far from their rural hometowns in low-paid factory jobs, leaving them toward the bottom of a highly competitive marriage market.

“(They’re either separated) from their spouses or are unmarried,” said Peng Xiaohui, a professor at the Life Sciences Institute at Central China Normal University and one of China’s most prominent sexologists. “They don’t have the financial capacity to date people in the cities, so these problems they have cannot find a resolution.”

While Chinese authorities have long taken a dim view of sex doll rental companies, they seem to have cracked down harder since the second half of last year.

The industry was at the center of a scandal in December after an investigation by state news agency Xinhua found several firms permitted entry to minors, maintained questionable hygiene practices and concealed illegal drug use.

Ai Ai Land also found itself in the crosshairs, with police temporarily suspending its operations due to “criminal inferences” and “demands from above,” and turfing out customers in nightly inspections, Li told Caixin in a phone interview.

Although accurate figures are hard to gauge, Li estimated that the number of adult experience firms in China had fallen from several thousand a few years ago to “less than 300” today.

Since ordering him to stop trading for the second time last month, law enforcement officials have not given a reason for the closure or told him if the company is suspected of having broken any laws, he added.

Rental fees range from 98 yuan ($15) to 368 yuan per hour depending on the doll model and standard of room, according to Li, adding that the company requires customers to wear condoms while using the dolls and “completely sterilizes” the facilities after use.

Long, a migrant worker from Central China’s Hubei province, told Caixin in a phone interview that Ai Ai Land’s closure had deprived him of a night spot he previously visited “once or twice a month” with colleagues at the nearby factory where he works.

The plant, which is operated by Taiwan-based electronics giant Foxconn Technology Group, has a mostly male labor force and gender-segregated workers’ dormitories. Long sometimes works for 10 hours a day, six days a week, for a monthly salary of between 2,000 and 3,000 yuan — around half of the average for Shenzhen residents, according to government data.

At 33 years old, Long is well past the age when most men in his hometown get married. “But because of the way society now works, I’m under huge financial pressure, can’t save much money, and can’t get a girlfriend,” he said.

Sex doll rentals were “a good way of letting off steam,” added Long, who asked to use a pseudonym out of privacy concerns. “You don’t have to worry about breaking the law, and it’s safe — you won’t get any diseases.”

Long’s latter claim is one of many disputed by opponents of sex doll rental firms, many of whom accuse the companies of a lengthy list of legal, ethical and health violations.

Those critics were in full voice on social media last month when Ai Ai Land was shut down, with some users likening the firm to those in last year’s damning Xinhua report and others comparing its business model to soliciting prostitutes.

Prostitution is illegal in China, but no laws explicitly ban sexual interactions between humans and dolls. The country also prohibits the dissemination of “obscene materials,” but again does not mention sex dolls by name. Li denies that Ai Ai Land has ever broken the law.

Peng, the sexologist, dismissed comparisons between sex doll rentals and prostitution. “If you view it as selling sex, it comes down to your personal value judgments,” he said. “But those judgments should not carry the force of public authority.”

Health concerns are harder to dismiss. Wang Lei, deputy chief doctor in the dermatology department at a major hospital in the eastern city of Tianjin, told Xinhua that even industry-leading sterilization methods “cannot guarantee that you can completely eradicate” harmful pathogens, such as those that cause sexually transmitted diseases, from the surface of sex dolls.

Li admitted that the sector suffers from hygiene problems and insufficient regulation. But he added: “I hope people from all walks of life will give emerging industries like ours a little more time and space to do things better and provide more services for society.”

In the absence of laws and regulations, China’s government should ensure that sex doll experience halls comply with existing rules on public health and disease prevention, while also punishing those that operate as a front for prostitution or other crimes, Peng said.

Critics of companies offering sex doll rentals should refrain from excessively moralizing the industry, he added. “If you can’t accept it, you should just ignore it. Other people are fine with it, so what right do you have to interfere?”