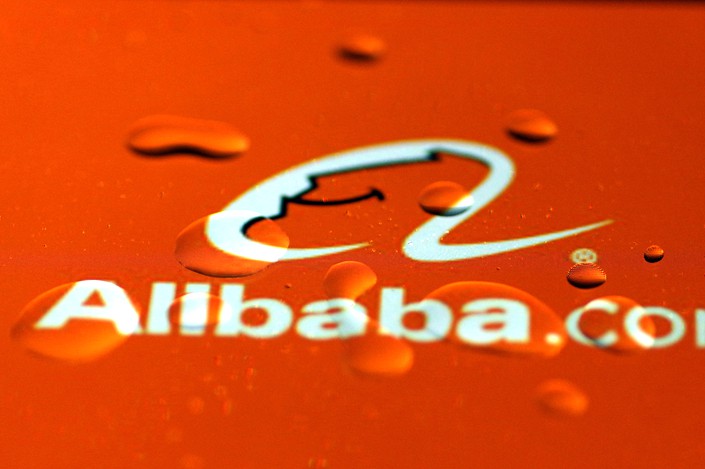 E-commerce giant Alibaba Group Holding Ltd. on Friday announced a raft of measures to assist the thousands of third-party merchants that sell products on its sites, nearly a week after being hit with a record fine for anticompetitive behavior.

Observers said the wide-ranging package of moves was most likely part of a prearranged settlement with China’s State Administration of Market Regulation, which last Saturday fined Alibaba 18.2 billion yuan ($2.8 billion) and told it to cease its anti-competitive behavior.

The case had centered on Alibaba’s practice of threatening to freeze out third-party merchants from its popular Taobao and Tmall online marketplaces if those merchants concurrently sold their wares on sites operated by rivals like JD.com Inc. and Pinduoduo Inc.

In its announcement, Alibaba said the new measures were designed “to expedite the entry process and reduce fees for merchants on Taobao and Tmall” as part of its efforts to “further strengthen its focus on value creation and merchant experience.”

“Ongoing technological improvements and upgrades will allow the company to continue expanding its portfolio of sophisticated services made accessible for free or at lower costs to merchants and partners,” Alibaba said in its announcement of the new measures.

“Alibaba will also invest more in merchants’ training and optimizing their back-end workstations to improve operational efficiency. In addition, the company has reserved billions of (yuan) in additional annual spending to support merchants in the coming years.”

Alibaba’s move to a more carrot-oriented approach contrasts with its earlier more stick-led tactic of pressuring merchants by threatening to cut off access to its online marketplaces that are among the most popular in China. The company is the country’s biggest e-commerce firm with about half of the massive market.

Alibaba outlined three major groups of initiatives, one aimed at making it simpler for merchants to set up shops on its platforms, one aimed at lowering their costs and a third aimed at enhancing efficiencies.

The first group includes a new program set to launch next Monday that will simplify and speed up the registration and verification process for new merchants. Deposits for new merchants will also be waived, and existing merchants who previously paid such fees will receive refunds.

In the second category, Alibaba said fees for a number of its standard tools and services for merchants to boost their effectiveness and analytics capabilities have been waived.

And in the efficiency category, Alibaba said it launched a product optimization tool for new Taobao merchants in January, and added that both Taobao and Tmall began providing one-on-one customer service support for merchants this month.

Crack down on bullying

The measures come as China’s market regulator has sharpened its scrutiny of the country’s biggest internet names over the last two years, worried about the huge clout they wield after years of unchecked growth. Such scrutiny was believed to be part of the last-minute scrapping late last year of Alibaba-affiliate Ant Financial’s massive IPO that was set to break global records.

Alibaba had become known over the years for using its huge market presence to get its way with merchants who were mostly powerless to resist. In addition to seeking exclusivity from its merchants, Alibaba also reportedly used similar pressure tactics to get them to artificially inflate their sales during its annual Double 11 shopping festival each year on Nov. 11.

Beijing regulators had sent numerous signals that a crackdown was coming before last Saturday’s record fine announcement. Three days later, three government agencies met with China’s major internet firms to tell them to stop abusing their market dominance and cease all illegal activities within a month or face “severe punishment.”

Alibaba’s latest gestures were most likely part of an agreed “omnibus settlement” with the market regulator before it announced the record fine, said Brock Silvers, chief investment officer at investment advisor Kaiyuan Capital.

“Alibaba’s platform and competitive positioning remain strong, and both the $2.8 billion fine and the new policies seem unlikely to have a significant long-term impact,” he said. “The real question for Alibaba is whether the market can gain comfort with the unquantifiable regulatory risk overhanging the whole tech sector.”

Alibaba’s shares initially jumped after the fine’s announcement on relief that the amount — equal to 4% of its 2019 domestic sales — was easily manageable and that tougher putative measures weren’t meted out. Before that the stock had lost more than a quarter of its value since a mid-October peak as investors fretted about remedial measures the company might be ordered to make.

The market regulator’s move may have been meant to send a warning message to Alibaba and others to clean up their act, while also avoiding endangering companies that employ hundreds of thousands and have become major pillars of China’s new economy, said another analyst at a mid-sized fund manager, speaking on condition his name not be used due to company policy.

“Despite the fine being so large, it won't really materially impact Alibaba and it has had the effect of signaling that regulators are serious about cleaning up the industry,” he said. “After the hollowing-out of the fintech sector, that intent is probably crystal clear," he added, referring to another recent cleanup that ended up with the shuttering of many companies from a separate new generation of private, internet-based financial firms.