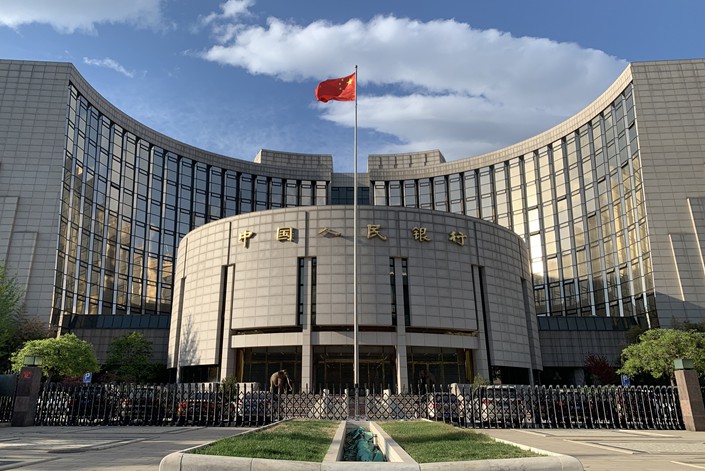 China’s central bank will soon impose stricter regulations on financial institutions to guard against money laundering and terrorist financing as it steps up efforts to bring domestic practices in line with international standards, according to an official statement released Friday.

Financial institutions are required to set up a comprehensive internal control system, which should include a self-assessment mechanism, as well as risk control and audit measures, according to regulations (link in Chinese) recently published by the People’s Bank of China (PBOC). The regulations will take effect on Aug. 1.

“As international requirements regarding anti-money laundering become more stringent, it is necessary to further urge financial institutions to improve the internal control systems and risk management policies,” the PBOC said in the statement (link in Chinese).

The new regulations, which revise rules (link in Chinese) issued in 2014, illustrate how financial regulators should bolster their capability to tackle money laundering to meet international standards. The impetus to improve came as the Financial Action Task Force (FATF), a global money laundering and terrorist financing watchdog, exposed China’s shortcomings in 2019.

The PBOC will include a broader range of institutions under its oversight. Compared with the 2014 rules, the new regulations apply to more institutions such as third-party payment companies, online microlenders and consumer finance companies.

A financial institution should name a senior executive to lead the anti-money laundering (AML) and counter terrorist financing (CTF) work, and should be provided ample resources to fulfill their duties, according to the new regulations. The institution must have enough staff to guard against money laundering and terrorist financing, the regulations said.

The prioritization of risk assessment in the new regulations is the most significant change China has made since the FATF published its evaluation in 2019, Yu Pei, a partner in the Deloitte China Anti-Money Laundering Center, told Caixin.

The FATF said in its 2019 report that while financial institutions in China understand their AML and CTF obligations, they have not developed a sufficient understanding of risks. “Measures implemented to mitigate risk are generally not commensurate within different risk situations,” it wrote.

Under the new regulations, financial institutions are required to assess their money laundering and terrorist financing risks on a regular or irregular basis and they should include how such risks are managed in a variety of businesses and workflows.

Financial institutions shall require their overseas branches or subsidiaries to implement these rules to the extent permitted by the laws of the country or region in which they are located. If there are more stringent rules in the country or region, they shall abide by those provisions, the PBOC said.

China has stepped up AML and CTF oversight over the past few years by strengthening regulations and imposing higher penalties. Last year, the PBOC issued a total of 628 million yuan ($96.4 million) in fines for violations of money laundering regulations, nearly three times the amount of the previous year, according to a report from PricewaterhouseCoopers LLP.