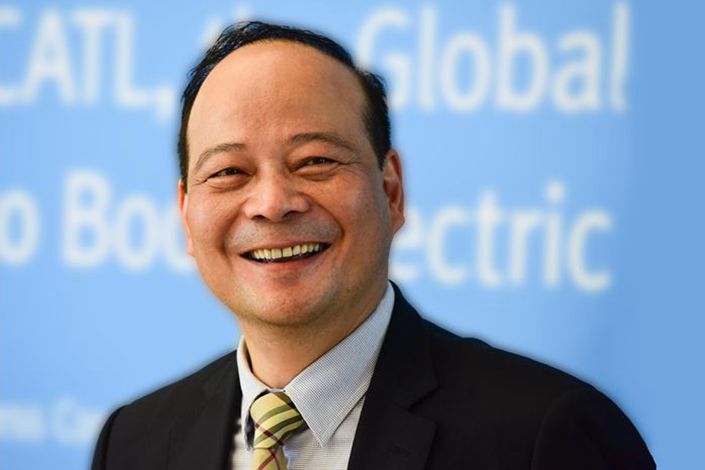 Robin Zeng, the founder and chairman of Tesla-supplier Contemporary Amperex Technology Co. Ltd. (CATL) (300750.SZ), became Hong Kong’s richest person on Wednesday with a personal fortune of $34.5 billion that has more than tripled since March last year, according to Forbes, which tracks the world’s wealthiest people. Zeng owns about a quarter of the company.

Billionaires regularly pip each other in wealth rankings as their portfolios rise and fall, but the emergence of Zeng at the top of the leaderboard illuminates how the new energy sector — and associated firms along the supply chain — are reshaping such fortunes.

Shares of Fujian-headquartered firm have grown five-fold in the past two years as it has steadily become battery supplier de rigueur to the world’s biggest luxury automakers — including BMW, Volkswagen, and Mercedes-Benz.

Stakes in the battery-maker have minted nine billionaires along the way, according to Forbes. That’s more than Facebook and Google. CATL had a market capitalization of $139.65 billion on Wednesday afternoon just ahead of the close of trade.

CATL is best known outside China for its deal last year to become one of the three battery suppliers to Tesla Inc. It sells the firm its lithium iron phosphate batteries, which engineers say run less distance on a single charge but are more stable and less likely to catch fire than alternatives that contain cobalt.

The electric-vehicle industry is not the only reason CATL is running hot. The firm and growing rivals like BYD Co. Ltd. stand to benefit from the industrial-scale deployment of energy storage facilities after the Chinese government last month announced plans to nearly double their capacity to more than 65 gigawatts over the next five years.

Batteries improve the reliability of green technologies like solar and wind power generation, which China is rapidly installing, by helping manage peaks and troughs in supply.

In an indication of demand, workers at CATL were offered more than double their usual pay to work through this year’s Lunar New Year holiday.

In Depth: The 1,000 Kilometer Target Driving China’s Electric Car Industry Into a Frenzy

The global pandemic reshuffled the fortunes of the world’s megarich but left many even better off — particularly those with stakes in technologies that became vital as virus-driven lockdowns spread around the globe.

Hong Kong’s property tycoons saw their wealth shrink slightly in 2020 amid an economic recession caused in part by the pandemic that battered the city, but overall the wealth of the city’s richest people grew 7.5% to $331 billion, according to Forbes. That was despite the local economy contracting 6.1%, its worst showing since 1998.

Li Ka-shing regained his crown from Henderson Land Development Co. Ltd.’s founder Lee Shau Kee as Hong Kong’s richest man in the February ranking with a personal wealth of $35.4 billion, driven by his early investment in internet video conference company Zoom Video Communications Inc., which became so hot during global lockdowns that a string of Zoom-related words were added to the Oxford English Dictionary.

His net worth was $34.3 billion on Wednesday, according to Forbes.