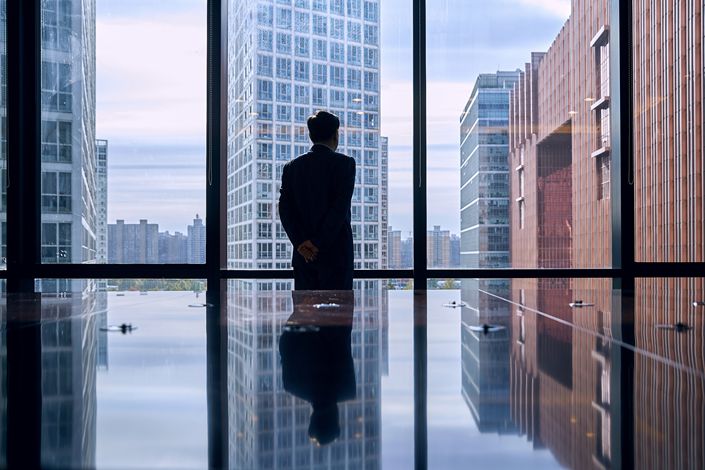 China is again doing some soul searching about what to do about its top four asset management companies (AMCs) some 22 years after establishing them.

After more than a year of discussion about possible ways of reforming the AMCs, including establishing a holding company that controls all four or merging them all into one, there is no conclusion in sight. The last time the AMCs’ fate was discussed was in 2003, when the talk focused on whether their lifespan should be extended beyond its original 10 years.

Well, the final result of those discussions is no secret. Created to help with the reform of China’s four largest state-owned banks, the AMCs were born with a silver spoon in their mouths. The 10-year limit never made it into the plans for developing the AMCs. It’s something scholars still regret two decades on.

After more than 20 years of growth, the four AMCs, which have developed into financial giants with combined total assets in excess of 5 trillion yuan ($772.4 billion), are seen as something akin to a financial industry chimera.

First, the AMCs bear little resemblance to other firms that deal in bad assets. Disposing of nonperforming assets (NPAs) requires highly professional operations and a good legal environment. Internationally, most companies in the NPA disposal business are market-oriented. Many are private equity fund firms. They often raise funds from the market to acquire and then dispose of NPAs that they buy at a discount. For investors, the accounting of costs and benefits is clear. If the returns are poor, they won’t reinvest.

However, the AMCs in China were created to deal with 1.4 trillion yuan of bank NPAs that they bought at par value. The acquisition capital came from the People’s Bank of China’s relending and the AMCs’ sales of financial bonds, but the accounting and assessment were a confusing mess. It wasn’t until 2006, when relevant regulations were issued, that it was found out that the AMCs’ total revenue from disposing of NPAs could only cover their expenses and part of their capital cost over the past years. That left the central government to bear a loss of 1.4 trillion yuan.

In the years since, the AMCs have deviated from their core business, though they have still competed for new NPAs from the “Big Four” state-owned banks.

For example, China Huarong Asset Management Co. Ltd.’s NPA disposal business, which ranks first among the four AMCs by size and profit, accounts for less than one-third of its total assets.

Policymakers originally wanted the AMCs to be positioned as primary market wholesalers of NPAs and foster an NPA disposal market that had greater efficiency and a stronger legal environment. However, they have never come close to achieving these goals, and a secondary market for NPA disposal has failed to develop.

Each of the AMCs has made becoming a comprehensive financial institution a strategic goal, but without any relevant track record or capabilities, they ended up causing chaos and corruption. Some even went public in Hong Kong and issued immense amounts of overseas debt, creating spillover risks. That is definitely the wrong path.

Third, the AMCs are state-owned enterprises, but they are unlike their brethren. The Ministry of Finance is their largest shareholder, which means that they are backed by the state’s credit. Inevitably, any potential risk to any of the AMCs would directly imperil that credit. However, as the owner of the AMCs, the finance ministry has failed to properly perform its duties. What’s more, it may be improper to have a ministry in charge of macroeconomic management serving as a long-term direct owner of companies that operate in the microeconomic sector.

Fourth, the AMCs are financial institutions, but they are different than traditional ones. Banks, insurers and securities companies must have a proper risk monitoring system in place and be subject to strict supervision with a full set of regulatory indicators. However, the AMCs do not operate like typical financial institutions, even though they are under the supervision of the China Banking and Insurance Regulatory Commission (CBIRC) for historical reasons. They chiefly make money from the shadow banking business by aggressively investing in real estate and the capital market, areas where bank financing is highly restricted. That means the AMCs’ real advantage lies not in their expertise, but in their ability to engage in regulatory arbitrage.

One wrong path after another has led to institutional distortions surrounding the AMCs: The finance ministry has provided the best credit for financing, but has managed almost nothing; the CBIRC has overseen their personnel and business, but that has led to conflicts of interest. The institutional deficiency has left loopholes in the oversight of the AMCs and has even bred corruption. Due to all this, even Lai Xiaomin, the unprofessional, extremely aggressive former Huarong chairman who broke the law, was able to create a huge debt black hole in less than a decade.

Now, the question remains: How can all of these AMC problems be solved.