By Xiang Kai and Luo Meihan 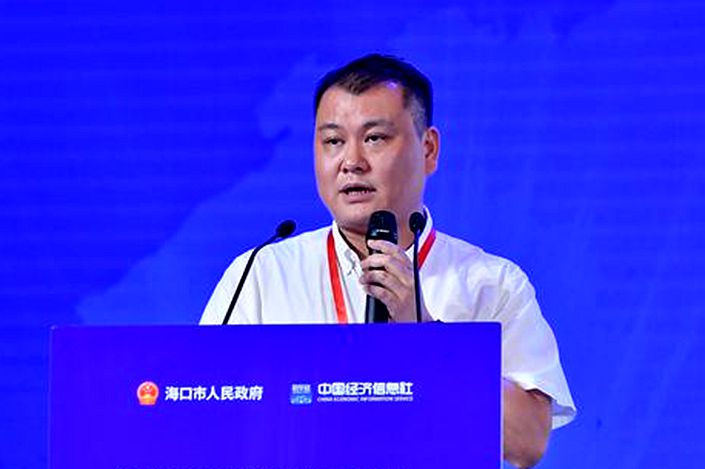 A peer-to-peer (P2P) lending platform linked to Hong Kong-based television network Phoenix TV is under investigation on suspicion of illegally taking deposits from the public, police in southern China announced, the latest casualty of China’s five-year crackdown on its scandal-ridden P2P lending industry.

He Xin, the ultimate controller of Phoenix Zhixin Information Technology (Haikou) Co. Ltd., has been detained as part of the probe, according to an announcement (link in Chinese) released Wednesday on social media by police in Haikou, the capital of Hainan province. Founded in May 2016, Phoenix Zhixin is a wholly owned subsidiary of Feng Xin Technology (Haikou) Group Ltd. which is 72% owed by He. Feng Xin is a wholly owned subsidiary of Phoenix Financial Group Ltd.

He, the controlling shareholder of Phoenix Financial with a 70.82% stake, is the son-in-law of Liu Changle, chairman of the board of directors and former CEO of Phoenix Media Investment (Holdings) Ltd., which owns Phoenix TV, according to Hong Kong-listed Phoenix Media’s annual report for 2020.

Phoenix Financial is a strategic investment by Phoenix TV, and has used technologies including big data to support financial businesses, Phoenix Media said in its 2019 annual report. It holds an 11.37% stake in Phoenix Financial, according to an agreement in April 2020 that granted Feng Xin exclusive use of trademarks with the Chinese characters Phoenix Financial (“鳳凰金融” or “凤凰金融”) for three years.

The P2P lending business operated by Phoenix Financial is among more than 3,600 platforms that have closed since 2016 amid a regulatory crackdown triggered by scandals that saw investors lose billions of yuan due to fraud, lax management and poor risk controls at multiple platforms. In January, a deputy governor of the People’s Bank of China said all of the country’s P2P platforms had been essentially shut down.

P2P platforms were supposed to serve primarily as intermediaries, matching investors with money to lend with borrowers who had limited access to bank loans. However, the lack of effective oversight and the high returns promised by some platforms stoked a lending boom in China that attracted both speculators and borrowers, many of whom lacked the resources to repay their debts.

In a public letter that circulated online in September 2020, a group claiming to represent Phoenix Financial’s roughly 70,000 investors accused the company of suddenly suspending its online lending business and taking down its P2P products without any advance notice, failing to repay principal and interest due to investors who had supplied funding for its lending operation, and closing the channel that allowed investors to exit early.

In response, Phoenix Zhixin said (link in Chinese) in a statement on Sept. 30 that some of its P2P products had faced difficulties ensuring loans were repaid in a timely manner amid the pandemic, and that it had stopped new lending since September.

On April 23, shortly before the police announcement, Phoenix Zhixin said (link in Chinese) it had been working on exiting the online lending business since September and was trying to get borrowers to repay their loans. It said 23% of roughly 35,000 investors who had applied to exit had done so as of April 22, but it gave no details of the exit plan or their losses.

As of July 2020, the Phoenix Financial P2P platform had 71,569 investors and 350,000 borrowers with outstanding debt of around 10 billion yuan ($1.6 billion), according to the latest figures (link in Chinese) available on the platform’s website.