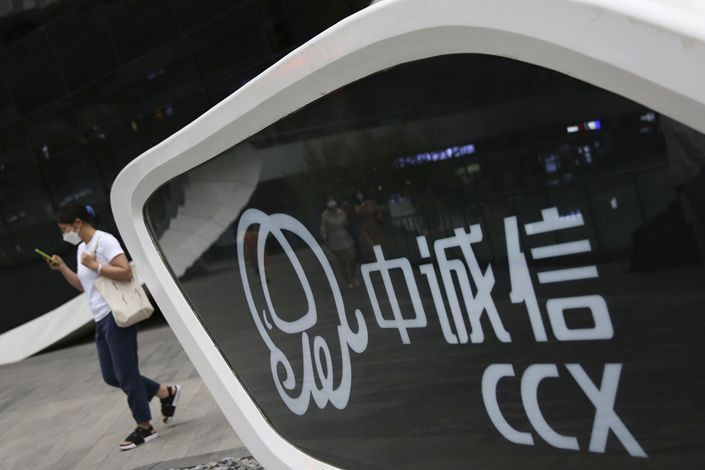 China Chengxin is the biggest ratings agency in the country –– of the 14,119 bonds given a rating in 2020, more than 30% were awarded by China Chengxin. Photo: VCG

China’s beleaguered credit ratings companies are beginning to respond to an overhaul of the sector promised by regulators after a string of bond defaults by top-rated companies shook market confidence and exposed deep-rooted problems in the industry.

China Chengxin International Credit Rating Co. Ltd., one of the country’s biggest ratings companies, is in the process of improving its ratings methodologies and the quality of its ratings, Lü Han, a vice president of the firm, said at an investor services conference in Beijing on Wednesday. The changes will make it more difficult for debt issuers to get high grades and may lead to an overall reduction in the level of credit ratings, she said.

The methodology changes outlined by Lü echo the release of draft regulations in March aimed at improving the quality of credit ratings and reducing the proportion of highly rated bond issuers to a reasonable level. China’s ratings companies have long faced accusations that they hand out excessively optimistic ratings to secure clients and have failed to alert investors to credit risks and potential defaults.

A report (link in Chinese) in March issued by the National Association of Financial Market Institutional Investors (NAFMII), the interbank bond market’s self-regulatory body, noted that in 2020, there were 204 upgrades by credit ratings companies but only 127 downgrades.

China Chengxin is the biggest ratings agency in the country –– of the 14,119 bonds given a rating in 2020, more than 30% were awarded by China Chengxin, according to the NAFMII report. It slapped a three-month ban on the firm in December over its role in a scandal that engulfed state-owned Yongcheng Coal and Electricity Holding Group Co. Ltd. last year and rattled the bond market. China Chengxin had awarded Yongcheng Coal its highest rating of AAA weeks before the Henan province-based state-owned enterprise (SOE) defaulted on a 1 billion yuan ($154 million) ultra-short-term bond, setting off a chain reaction that spread to other coal mining companies and local government financing vehicles in other provinces.

Lü said the overhaul of the company’s ratings system will include updating the methodology for evaluating both a debt issuer’s own financial health and its external support. It will also start to take environmental, social and governance factors into account in its credit ratings calculations, she said, following a trend that’s already gaining ground among global credit ratings companies such as S&P Global Ratings Inc.

When compiling a baseline credit assessment (BCA), the first stage in calculating a credit rating, China Chengxin will cut the median grade and make the grades more differentiated, Lü said. BCAs measure a company’s intrinsic financial strength without taking into consideration the likelihood of external support. Standards will be stricter so that it is harder for issuers to receive high grades, she said.

Evaluations of the capability and willingness of issuers’ shareholders and different levels of government to provide support are also being tweaked. When analyzing shareholders’ willingness to offer support, more weight will be given to their actual controlling power in terms of issues such as voting rights, control of personnel and their ability to deploy capital, Lü said.

A new dynamic evaluation mechanism is being developed to reflect changes in the willingness and ability of state actors to provide bailouts, which will mainly focus on SOEs controlled by local governments, she said. The mechanism will be triggered when debt payments are closely bunched together or the external financing environment has changed, making repayment largely dependent on government support. When a local SOE defaults, the mechanism will be initiated for the whole region, she said.