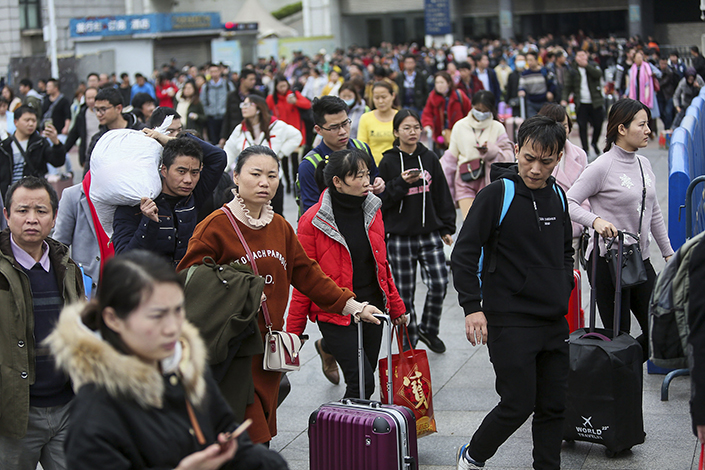 China’s latest census shows a drop in the number of overseas residents living in megacities Beijing and Shanghai, and an increase in southern Guangdong province, which has hosted the most overseas residents in China since the 2010 census and is a hub of high technology, manufacturing and foreign trade.

China started its first national population census in 1953 and conducts the population count every 10 years. In 2010, the census started to cover residents from Hong Kong, Macao, Taiwan and foreigners living in the mainland.

According to newly published figures from the seventh national census, there are some 840,000 foreigners living in China. The number shows an increase well above 200,000 foreign residents since the 2010 census, which recorded around 600,000 such people.

Guangdong, China’s most populous province, is known for its economic prosperity and has attracted foreigners working and studying in the region. The region’s job opportunities, its proximity to financial hub Hong Kong, and the Guangdong-Hong Kong-Macau Greater Bay Area are further draws. Last year, it had the largest economic output among Chinese provinces.

The province’s county-level city, Ruili, which saw a surge in local Covid-19 cases in March, borders Myanmar, where residents speak the same language and frequently transit between the two countries.

The latest census has yet to reveal the composition of nationalities recorded in the survey. In 2010, most foreign residents living in China came from South Korea, the United States, and Japan, Myanmar and Vietnam.