By Zhang Erchi, An Limin and Timmy Shen 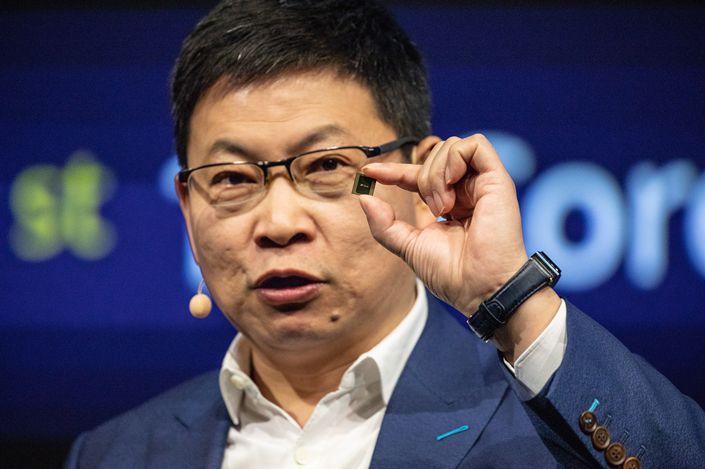 Chinese telecommunications giant Huawei Technologies Co. Ltd. has reshuffled its top executive leadership by appointing a veteran of its core smartphone business to head its smart car unit, as the company shifts its focus to cloud computing and automobiles.

Zhang Pingan, president of the cloud business unit, will take over Huawei Cloud’s chief executive role, while Yu will remain head of consumer electronics, which includes smartphones, according to the memo.

The reshuffle is the latest in Huawei’s recent corporate restructuring as it shifts its focus into new business areas such as automobiles and cloud technology. It recently announced plans to invest $1 billion in electric vehicles and its own self-driving technology, which it claims has “already surpassed” electric car pioneer Tesla Inc. in some aspects.

Over the past three months, Huawei, Baidu Inc. and Xiaomi Corp. have all announced their expansion into the sector with huge investment plans, plowing in almost $19 billion.

In April, pre-orders were opened for the first commercial passenger car fitted with an autonomous driving system developed by Huawei, cementing the firm’s push into the auto industry as it tries to cushion the impact of U.S. sanctions on its core smartphone business.

Multiple sources within Huawei told Caixin that this reshuffle means that the smart car business will see a more integrated tie-up with the consumer business, where in November Yu orchestrated the selloff of its budget Honor smartphone brand in response to U.S. sanctions.

Huawei’s reshuffles came as U.S. sanctions effectively cut off the tech giant’s supply of high-end semiconductors. Those sanctions have forced Huawei to ration its dwindling supply of 5G chips and other cutting-edge components and look for more opportunities in business areas such as cloud and smart cars.

Yu, who is also known as Richard Yu, has been bounced around various senior management positions in the cloud unit, having joined the business in January.

Huawei entered the cloud business in 2010, but the company didn’t break out the venture from its three main business groups — enterprise, consumer and carrier — until 2017, when it vowed to make Huawei Cloud one of the top five players in the industry.

At the company’s annual developer conference at the end of April, Yu noted that Huawei didn’t see its future in phones and that, “It’s now inevitable that companies will need to get on the cloud.”

“The cloud is the future of the information and communications technology industry, and it will be the foundation of every corporation’s digital transformation,” he said at that time.

Read more
In Depth: Huawei Sees Key to a Turnaround in the Cloud

Last year, it accomplished that goal. In 2020, Huawei Cloud had a 4.2% share of the global infrastructure-as-a-service market, enough for it to rank after Amazon Web Services (40.8%), Microsoft Azure (19.7%), Alibaba Cloud (9.5%) and Google Cloud (6.1%), according to a report last month by research firm Gartner Inc.