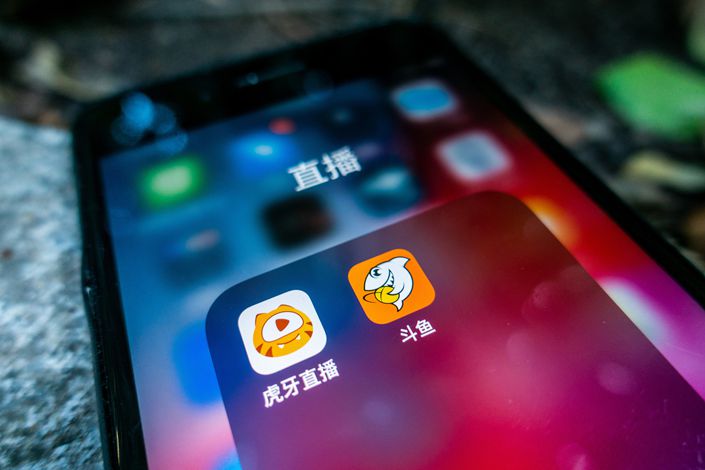 China’s top game livestreamer Huya Inc. recorded a profit in the first quarter of this year, while its rival Douyu International Holdings. Ltd. booked a loss, amid continuing uncertainties about the future merger of the companies both of which are backed by internet giant Tencent Holdings Ltd.

New York-listed Huya reported 185.5 million yuan ($28.3 million) in net income attributable to shareholders in the first three months of this year, up 8.4% year-on-year, according to its latest unaudited quarterly report released Tuesday. Its total net revenues in the period expanded 8% year-on-year to 2.6 billion yuan.

“The user growth that we enjoyed during the pandemic and lockdown period has persisted, and we continue to bolster our user community,” said Dong Rongjie, CEO of Huya, in an earnings call.

Nasdaq-listed Douyu, however, booked 62 million yuan in net loss attributable to shareholders in the first quarter of this year, from a net income of 260.5 million yuan in the same period last year, its financial results showed.

In the first quarter of this year, Douyu’s average mobile MAUs expanded by 4.5% year-on-year to 59.1 million, according to the report.

The future of the two top players in China’s game livestreaming scene remains uncertain, as Tencent in August proposed to merge the two companies, which is still under the authorities’ review for potential monopolistic practices. Under the plan, Huya would acquire all outstanding Douyu shares via Douyu shareholders exchanging their stock for a yet to be determined number of newly issued Huya shares.

In December, the State Administration for Market Regulation said it was reviewing the multibillion-dollar acquisition. The merger of Huya and Douyu would give Tencent a 67.5% stake in the new company. The combination could create a Chinese game livestreaming leader akin to Amazon.com Inc.’s Twitch Interactive Inc.

Chen Shaojie, chairman and CEO of Douyu, said in an earnings call that the potential merger is on track and the timing depends on the approval process of the relevant regulators. Dong from Huya said that the review of the merger could probably see a conclusion in the third quarter of this year.