In Depth: No More Regulatory Blind Eye for Internet M&A 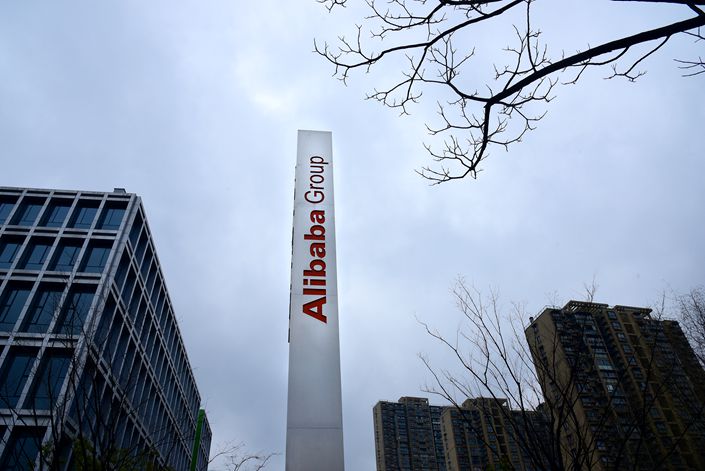 Chinese antitrust regulators are through turning a blind eye to the kind of deal-making that helped the likes of Alibaba Group Holding Ltd. and Tencent Holdings Inc. become internet titans.

As part of a sweeping crackdown on anti-competitive activities by China’s big tech companies, the State Administration for Market Regulation (SAMR) issued new guidelines for the “platform economy” on Feb. 7 that bring several grey areas under its regulatory purview.

For the first time, the variable interest entity (VIE) structure — a legal structure that many Chinese tech companies use — is now formally covered by China’s Anti-Monopoly Law, according to the guidelines. Typically based in low-tax jurisdictions like the Cayman Islands, VIEs were often used by Alibaba, Tencent and others to raise funds in the U.S. and skirt Chinese laws barring foreigners from owning assets in certain sectors.

Since December, regulators fined 13 companies, including Alibaba, Tencent and Baidu, for failing to seek anti-monopoly approval for their internet-related investments and acquisitions. Meanwhile, Chinese lawmakers are making major revisions to the Anti-Monopoly Law for the first time in 13 years to give it more teeth. The existing law has long been criticized for being too lenient on the country’s sprawling and powerful internet giants.

The new focus on mergers and acquisitions is in addition to regulators’ recent moves to ban the e-commerce industry’s common practice of “picking sides,” or forcing merchants to do business exclusively with one internet platform service. Alibaba was hit with a record fine this month related to picking-sides tactics.

In the past few years, mergers and acquisitions that could potentially eliminate or restrict competition, such as several deals in the online ride-hailing sector, were usually made by companies with VIE structures. Because such deals at the time were not subject to the Anti-Monopoly Law, companies usually didn’t report to regulators, and regulators often turned a blind eye.

A large number of Chinese internet platforms, including food delivery, ride hailing, online travel booking and online tutoring, are backed by Alibaba or Tencent. Most of these investments never faced antitrust scrutiny.

Now the tide is turning. The recent fines levied against the 13 companies were only 500,000 yuan ($77,000) each, a negligible punishment compared with deals worth billions of yuan. That was the maximum penalty under the current anti-monopoly rules, and industry experts do not expect such penalties to have a significant deterrent effect. The coming revisions to the antitrust law are expected to increase the maximum fines for such violations to 10% of a company’s sales in the previous year.

Tencent was fined 500,000 yuan for its 1.65 billion yuan investment in online tutoring platform Yuanfudao in 2018, and Baidu was fined the same amount for its 2014 takeover of Ainemo Inc., a maker of consumer electronics including voice-controlled speakers. The companies were penalized for not seeking prior approval of the deals, though the SAMR determined that the transactions themselves aren’t anti-competitive.

In the 13 years since the Anti-Monopoly Law was enacted, Tencent reported 785 investment deals and Alibaba 440, according to business record database Tianyancha.

In December, the SAMR said it was reviewing a proposed multibillion-dollar acquisition of game-streaming site DouYu International Holdings Ltd. by rival Huya Inc. The merger of Huya and Douyu, both backed by Tencent, would give Tencent a 67.5% stake in the new company.

The SAMR also recently launched an investigation into a 2015 deal in which Alibaba took a 44% stake in state giant China Minmetals Development Co. Ltd.’s (600058.SH) e-commerce unit, which the regulator said it suspected may constitute an illegal concentration of market power under the Anti-Monopoly Law.

On April 12, the first trading day after Alibaba’s record $18.2 billion yuan anti-monopoly fine, the company held an emergency investor call before the market opened to assure investors that the penalty would have no significant negative impact on its business.

When asked whether Alibaba was under any other antitrust investigations, Executive Vice Chairman Joe Tsai said he did not think so. “We have experienced the scrutiny, and we’re happy to get the matter behind us,” the executive said.

Alibaba has also slowed its pace of investment and acquisitions. There has been no deal since it increased its holdings in logistics companies Shentong Express Co. (002468.SZ) and YTO Express Group Co. (600233.SH) in the third quarter of 2020.

Tencent played down the impact of Beijing’s heightened scrutiny. Last month while discussing Tencent’s earnings, President Martin Lau said the company is reviewing past investments to ensure they comply with antitrust requirements and Tencent will stick with its normal practice of taking minority stakes in Chinese startups. Tencent often meets with regulators and will take a proactive approach to compliance, Lau said.

This doesn’t mean internet deals are headed for a slump. After a unit of SF Express was fined 500,000 yuan Dec. 14 over its acquisition of China Post Smart Logistics Technology Co. Ltd., the logistics giant continued its deal-making spree, including the $2.2 billion purchase of a 51.8% stake in Hong Kong-listed Kerry Logistics Network Ltd. SAMR cleared the transaction earlier this month, saying the combined market share of the two companies is less than 15%.

Only a few of the many M&A deals each year face rejection by regulators, said a person close to the SAMR. “As long as it meets the relevant standards of fair competition review, it’s highly likely it will get approval,” the person said.

Normal market concentration is still an effective way for companies to improve efficiency, expand scale and enhance competitiveness, said Shi Jianzhong, a member of the Antitrust Consultant Committee of the State Council and China University professor of political science and law. Stepping up regulatory reviews is a preventive measure to bar deals that could eliminate or limit competition, but it doesn’t mean not allowing any transactions by internet companies, he said.

“They just need to be done in compliance with the law,” Shi said.