Huawei Vows It Won’t Make Cars or Invest in Automakers 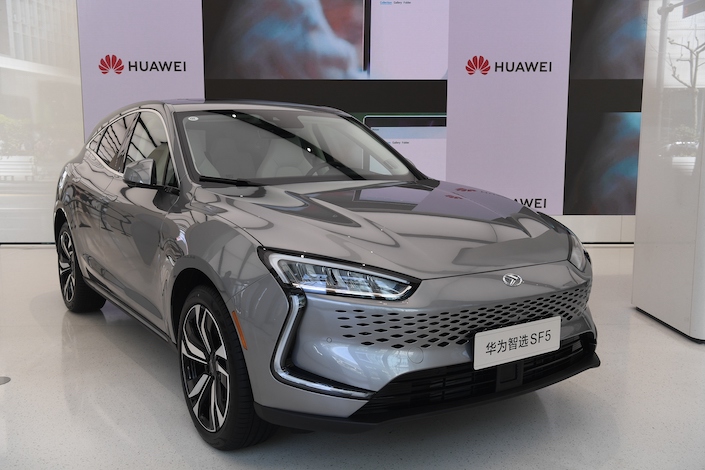 Huawei Technologies Co. Monday dismissed speculation that it wants to be China’s Tesla challenger, driving down the shares of several automakers.

The telecom equipment giant has not and will not invested in any auto companies, Huawei said Monday in a statement. The company also said it will not control or hold shares of any automakers.

Boosted by the news, the companies’ shares skyrocketed in the past month. After Huawei’s Monday statement, BAIC BluePark’s shares dropped by the 10% daily limit, Chongqing Changan’s shares declined more than 9%, and Chongqing Sokon’s shares were down more than 6%.

Huawei said any reports of Huawei planning to make cars or take a stake in the auto manufacturing industry are rumors.

Huawei’s move into auto-related technology dates back to 2013 when it quietly started a unit to develop internet-based auto applications. In April 2019, it made an inaugural appearance at Shanghai’s international auto show, disclosing a plan to become an auto parts supplier. One month later, Huawei officially set up an auto business unit focusing on smart car solutions.

Huawei has been closely watched recently for signals of where it sees its future, following U.S. sanctions that have crippled its core businesses selling telecom networking equipment and smartphones. Some speculated the company could even directly engage in smart car production.

In another signal of its future direction, Huawei announced internally last week that Yu Chengdong, the man behind the meteoric rise of the company’s smartphone division, will take over running its smart vehicle business unit.

In the past week, Chongqing Changan announced a new name for its unit that will work with telecom and battery giants Huawei and CATL to develop smart cars.

Huawei said Monday that it set a clear long-term strategy in 2018 that it wouldn’t make cars, and that strategy hasn’t changed. Huawei’s founder and Chairman Ren Zhengfei has always opposed making cars. In an internal memo in October, Ren said “anyone who suggests Huawei build cars can find another job.”

Allowing Sokon to sell vehicles in its flagship stores aims to solve the survival problem of Huawei’s stores amid a sharp decline in cell phone sales, Huawei said Monday.