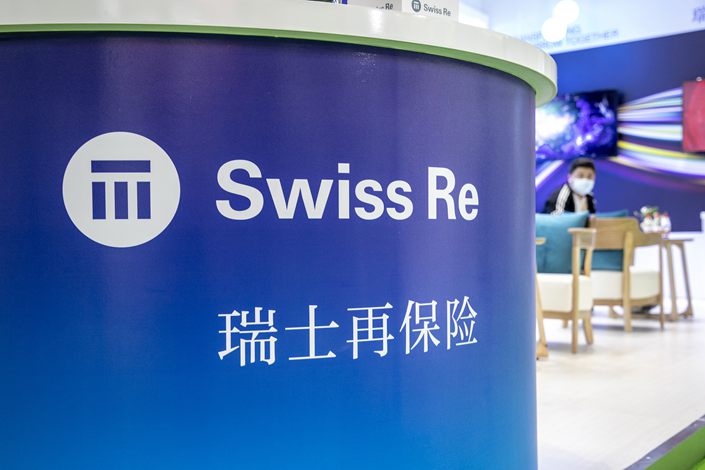 Founded in 1996, Beijing-based NCI is one of China’s biggest insurance companies in a field dominated by large state-run enterprises. It provides life insurance and wealth management services. Photo: VCG

Global reinsurance giant Swiss Re Ltd. has sold its stake in New China Life Insurance Co. Ltd. (NCI) for about HK$2 billion ($257.5 million), after racking up $878 million in its own losses last year amid the economic fallout of the Covid-19 pandemic.

The Switzerland-listed giant sold 77.9 million NCI shares at HK$ 29.2 each, raising a total HK$2.3 billion, records on the Hong Kong Stock Exchange showed earlier this week. Swiss Re will hold no shares in NCI after the deal.

The company did not issue a statement explaining the reasons behind the move. A company representative told Caixin that the sale was consistent with Swiss Re’s equity investment strategy.

Swiss Re is the world’s second-largest reinsurance company by gross premiums after Germany-based Munich Re. It reported $878 million net losses last year after receiving large claims amid the pandemic, compared to a net profit of $727 million in 2019. A reinsurer provides insurance products to insurance companies.

Founded in 1996, Beijing-based NCI is one of China’s biggest insurance companies in a field dominated by large state-run enterprises. It provides life insurance and wealth management services.

Last month, Fitch Ratings revised its outlook on NCI’s insurer financial strength (IFS) rating to stable from negative and affirmed the IFS rating at “A,” or strong, saying the company would “sustain its favorable operating results and sound solvency buffer in the near term in light of its asset-management strategy and product mix.”

The move by Swiss Re comes even after saying previously it expects (link in Chinese) China will become the world’s largest insurance market by mid-2030s and deepening its footprint in the market in recent years.

The divestment of the NCI stock comes seven years after Swiss Re bought 153 million of the company’s Hong Kong-listed shares from Zurich Insurance Co. Ltd. for HK$3.8 billion in 2013. The shares were equal to 4.9% of NCI’s total share capital.

Later, Swiss Re in November 2017 sold 75 million NCI shares for HK$3.5 billion when the share price rose to a peak. Swiss Re recovered most of its 2013 investment costs from the 2017 sale.

By the end of March, Shanghai- and Hong Kong-listed NCL had total assets of 998.9 billion yuan ($156.6 billion). It collected 63.4 billion yuan in insurance premiums in the first quarter, up 8.8% year-on-year.