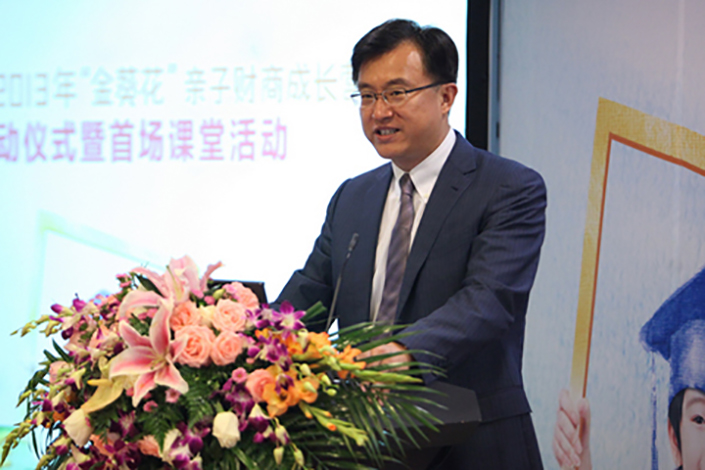 Liu Jianjun, who resigned Friday from his position as executive vice president of China Merchants Bank Co. Ltd. (CMB) (600036.SH), has been nominated as the new president of the country’s fifth-largest bank by assets, Postal Savings Bank of China Co. Ltd. (PSBC) (601658.SH).

The appointment, which came on Monday, is awaiting regulatory approval from the China Banking and Insurance Regulatory Commission, according to an exchange filing by PSBC. Liu will succeed Guo Xinshuang, who moved to state-owned insurance giant China Life Insurance (Group) Co. as chairman of its board of supervisors in January.

Given his experience in retail banking, Liu’s arrival has been eagerly awaited at PSBC, sources at the lender told Caixin. The bank serves more individual customers than most other banks in China and has been focusing more on retail banking in recent years.

A senior PSBC management member told Caixin that Liu’s experience can help optimize the management and lending capacity of the bank’s retail arm. Industry insiders said that Liu’s appointment will also be conducive to operationalizing the bank’s strategic plan on retail banking, which has an extensive network of approximately 40,000 branches and a sizeable client base of more than 600 million retail customers — more than 40% of China’s population.

Liu, 55, joined CMB in 2000 and later established himself as one of the most experienced retail banking specialists in China. From 2004 to 2013, he took on executive roles at the Shenzhen-based lender’s retail banking department. In 2013, he assumed the role of executive vice president in charge of retail banking business.