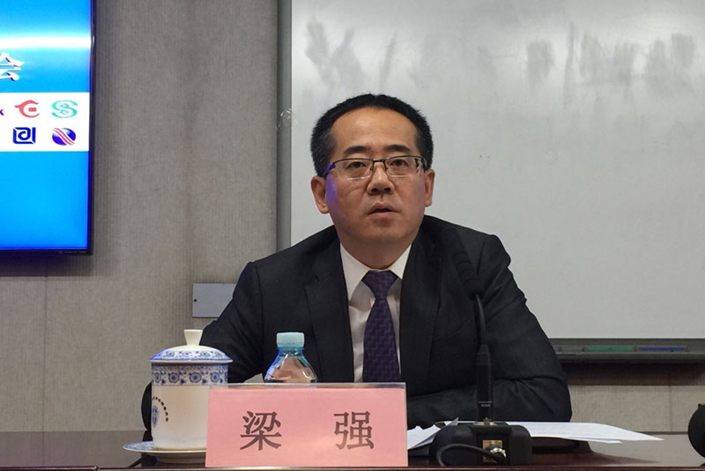 The appointment was announced by officials from the China Banking and Insurance Regulatory Commission (CBIRC), the country’s top banking regulator, at an internal Huarong meeting in Beijing, the sources said. Liang will also likely take the job as Huarong’s president after going through the necessary procedures, they said.

Huarong, the largest of China’s Big Four AMCs by total assets, has been shaken since the downfall of its former chairman, Lai Xiaomin, in April 2018. Lai was executed in January for crimes including bribery. In the past two months, Huarong’s offshore bonds plunged as it failed to release its annual report at the end of March amid uncertainties surrounding its restructuring.

The post of Huarong president, the second-most senior leadership position after the chairman, has been vacant since November when former President Li Xin retired. Since then, Wang Wenjie, vice president of Huarong, has handled the duties of president.

China’s Big Four AMCs were created in 1999 to take over nonperforming assets (NPAs) of the country’s biggest state-owned banks. Among them, China Great Wall is the smallest, with total assets equivalent to just about one-third of Huarong’s at the end of June 2020.

Ling Huawei: Huarong Is Nowhere Near Defaulting on Offshore Bonds