Opinion: Inflation Is Like Opium — It’s Easy to Get Hooked, but Hard to Quit 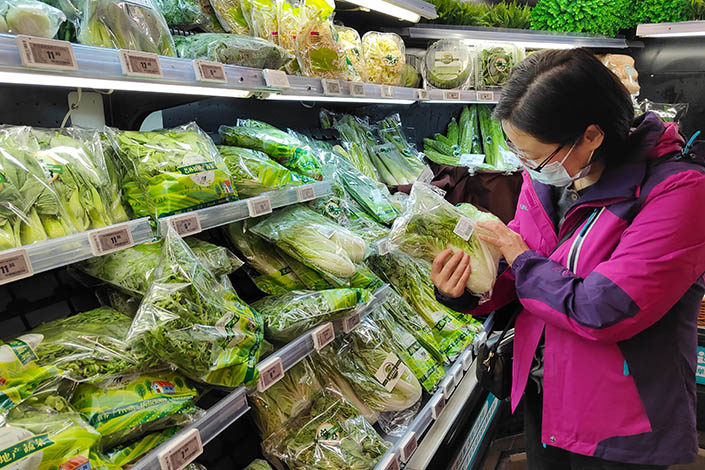 The spike in inflation has spooked both the stock and bond markets. Consumer prices in the U.S. rose by 4.2% on an annual basis in April, the highest level in more than a decade. Central bankers immediately tried to calm the markets by saying that this spike is temporary, citing global excess capacity. So far, the markets have bought this assurance, with many analysts believing that inflation will be transitory.

The issue is not whether inflation is temporary, but whether we are in for a longer period of entrenched inflation, demanding higher interest rates. My hunch is that inflation will occur in emerging markets faster than in advanced markets. The reason is that the Fed will want to use inflation to erode the growing real value of U.S. debt, so it will keep interest-rate increases behind the inflation rate. The net consequence is a weakening U.S. dollar.

Emerging markets like Malaysia are more vulnerable than advanced markets, because its consumer price index (CPI) includes a higher food price component. When food prices rise due to supply shocks (such as drought or excess rain) or from rises in energy prices or foreign labor shortages, then the CPI will be pushed up. Since emerging market economy (EME) politicians are sensitive to higher inflation which can lead to popular unrest and also capital outflows, EME central banks are more likely to raise interest rates first. This has happened already in Brazil, for example. Hence, EME inflation will be gradually passed on to higher export prices. This will sooner or later push inflation in the West, forcing central banks in rich countries to raise interest rates.

Read more
Cover Story: Is Global Inflation About to Take Off?

Let’s review the pros and cons of what will happen next.

Those who argue for higher inflation are strict monetarists like John Hopkins professor Steve Hanke who see inflation as a monetary phenomenon. If you increase money supply without increases in productivity on the supply side, you will get inflation. Hanke and John Greenwood (the economist who suggested the Hong Kong-U.S. dollar link) prefer currency board models, where you establish an anchor to say the dollar and allow the real economy to adjust to monetary discipline, rather than tinker with discretionary monetary policy. The currency board system works to discipline fiscal behavior, since the exchange-rate anchor forces the government to control its own spending to defend the exchange rate.

The currency board model won’t work in the U.S., Japan or Europe, because these reserve-currency countries have lost the anchor to gold. In the last 20 years, they had very loose fiscal and monetary policy with no inflation, so they have become complacent.

The most extreme economists who are not worried about inflation are those who believe in modern monetary theory (MMT). Projecting that the future will be like the past suggests that central banks can create money to fund fiscal spending in areas that will generate long-term productivity. If productivity rises as a whole, then inflation will not be a problem. MMT is not mainstream yet, but its magic money formula is very attractive to left-wing Democrats, who think that you can engage in costless efforts to deal with very deep structural issues. Hence, U.S. President Joe Biden wants to spend on both domestic welfare and long-term infrastructure. Of course, MMT critics say that if the fiscal spending is wasted, and productivity does not come back, then inflation could worsen.

Another MMT critic is former U.S. Treasury Secretary Larry Summers, who argued that secular stagnation (both stagnation in productivity and low inflation) may be the outcome. Recently, he is of the camp that the Biden spending is overshooting in terms of fiscal stimulus.

The more convincing argument that inflation is returning structurally is presented by LSE professor Charles Goodhart in his book with fund manager Manoj Pradhan, “The Great Demographic Reversal.” They looked at evidence in the last 20 years of low inflation known as the great moderation, when central bankers tried to push inflation up to a target of 2% per annum through monetary easing with little success. Thus, the consensus view based on the past is that future inflation will be subdued, mainly because wages are flat and businesses are not investing, so growth will revert back to anemic levels.

Goodhart and Manoj contend, however, that the moderation was due to the supply shock of China coming into global trade and production since the 1980s, keeping prices of all goods low. Global savings rose because of higher incomes (including for EME commodity producers) and supply grew also. There was no labor-cost push in rich countries, because production and manufacturing jobs were shifted overseas. However, as advanced countries and China age, consumption will increase, labor forces will decline and structural inflation will come back. The great reversal is that all the trends supporting low inflation have reversed. The counterargument against Goodhart and Manoj is that there is so much excess capacity globally that prices will not rise.

Inflation is basically either demand-pull or cost-push. Given the pent-up demand and higher savings because of the lockdowns, there is a short-term combination of both interacting to push up inflation. The Biden administration understands that if wages are kept low, then inequality will rise. Hence, everywhere minimum wage levels are being raised, and the power of labor is returning. Europe and Japan have performed better than the U.S. in terms of social stability because of better social health insurance benefits, higher minimum wages and welfare payments for the unemployed.

Consequently, to maintain higher living standards and prevent overdependence on China, the preference of U.S. and Europe toward onshoring production will put pressure on labor supply and push up prices.

New Keynesian economists argue, however, that if higher labor income leads to higher productivity, then inflation will remain subdued. This was the gamble that Singapore took in raising domestic wages in the 1980s to force local industry to upgrade productivity. Singapore moved into advanced country status in giving both higher domestic welfare in housing and provident fund benefits, as well as welcoming foreign investments and moving to higher-value services industry. Food prices remained stable, although house prices rose. This is a choice that faces Malaysia — to continue relying on cheap foreign labor, or to raise domestic wages and force industry to upgrade productivity.

If we look carefully at the long-term history of inflation in the U.S., inflation rose when the country was at war, during the Civil War, the First and Second World Wars and most recently in the Vietnam War period that coincided with higher welfare spending. The late 1970s to early 1980s inflation was killed by the Volcker shock to raise interest rates sharply, which led to 40 years of a low-inflation global boom, interspersed with financial crises.

My view therefore is that global inflation is now again on the rise, and inflation expectations will be entrenched in EMEs first, before surfacing in advanced countries. On balance, equity markets will do better than bond markets as the latter depends too much on ultra-low interest rates. In the short-run, reserve-country central banks will continue to use QE, but its effect on growth will be negative so central banks will have to “taper” off loose monetary policy. Monetary tightening will trigger bouts of financial crises in the face of too much debt overhang, because as Warren Buffet used to say, when the tide goes out, you know who has been swimming naked.

Asset allocation strategies have now become more important and complex than ever. Inflation, like opium, is a drug that is easy to consume, but difficult to quit. So is QE.

Andrew Sheng is a former central banker in Asia.