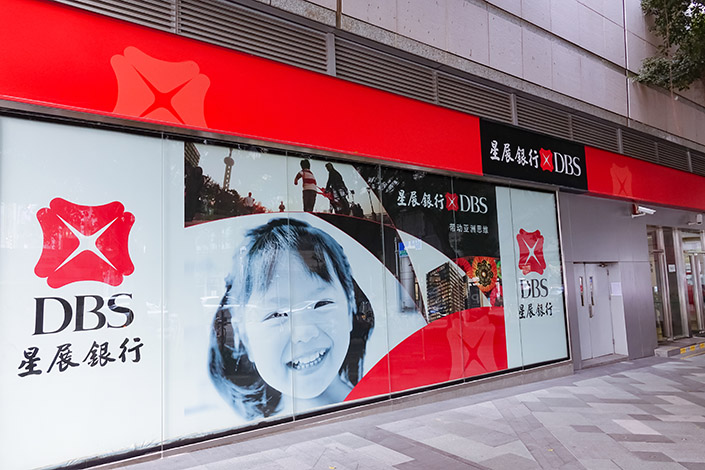 China’s securities regulator has given the go-ahead to Shenzhen Rural Commercial Bank Co. Ltd.’s (SZRCB) private placement in which Singapore’s biggest bank will take a major stake, marking the first foreign strategic investment in a small or midsize Chinese bank through a private placement in more than a decade.

On Tuesday, the China Securities Regulatory Commission approved the Shenzhen lender’s sale of about 1.96 billion new shares, it said in a statement (link in Chinese). The lender is poised to sell 1.35 billion of the shares to DBS Bank Ltd. for 5.29 billion yuan ($819 million) under a deal in which the Singaporean bank will hold a 13% stake, making it SZRCB’s largest shareholder. The deal got the nod (link in Chinese) from China’s banking regulator in April.

The last such foreign investment in a small or midsize Chinese bank was the purchase of an 18% stake of Bank of Jilin Co. Ltd. by South Korea’s KEB Hana Bank in 2010. The DBS investment in SZRCB is expected to give it a greater presence in China’s Greater Bay Area (GBA).

China aims to make a world-leading economic and innovation hub out of the GBA, which consists of Hong Kong, Macao and nine Guangdong province cities. The area encompasses some of the country’s most dynamic cities, noted for their strong financial service and high-tech manufacturing capabilities. In 2018, the area accounted for 5% of China’s population but generated more than 11% of its GDP, surpassing that of South Korea, according to Caixin’s calculation based on official data.

“We see this as a highly complementary strategic partnership that will allow us to double down on the GBA and leverage SZRCB’s local network and know-how,” DBS CEO Piyush Gupta said in a statement in April.

“At the same time, we would be able to support the continued growth and digital transformation of SZRCB through our regional presence and digital capabilities,” Gupta said.

Established in 2005, SZRCB runs one of the most extensive networks in Shenzhen, financing mainly small and midsize businesses with 210 branches in the metropolis. As of the end of 2020, the bank had 519 billion yuan in total assets, making it the third-largest rural bank in wealthy Guangdong. The bank reported 4.8 billion yuan in net profit in 2020. With more than 5 million active retail customers and more than 170,000 active corporate clients, the bank had 404 billion yuan of deposits at the end of last year.

A previous version of this story mischaracterized DBS’s investment in Shenzhen Rural Commercial Bank. It was the first foreign strategic investment in a small or midsize Chinese bank through a private placement in more than a decade.

Han Wei and Peng Qinqin contributed to this report.