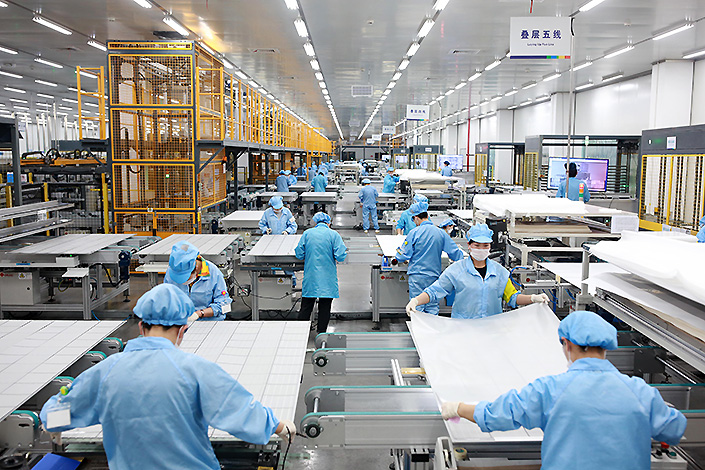 (Nikkei Asia) — China plans to open a big solar panel module plant in Malaysia and build a 580-km highway in Laos, part of a charm offensive as the U.S. steps up efforts to counter Beijing’s influence in Southeast Asia.

The plant will be built by Chinese solar power giant Risen Energy, which has agreed to in-vest 42.2 billion ringgit ($10.1 billion) in the photovoltaic industry in Malaysia, the na-tion’s Ministry of International Trade and Industry announced June 24.

The day before, China held an online meeting with cabinet ministers of partner countries in its Belt and Road infrastructure initiative. Beijing offered Covid-19 vaccines and coop-eration as these nations struggle to shift to low-carbon economies. Risen Energy’s invest-ment decision likely reflected the wishes of Beijing policymakers.

The Chinese investment blitz, involving large-scale projects and economic assistance, is widely viewed as an effort to undermine the U.S. in the race for greater influence in the region. Beijing also wants to cajole countries upset over its own military buildup in the South China Sea.

China also agreed with Cambodia on June 22 to accelerate cooperation to improve transit networks, with Beijing sending experts on infrastructure technology. In Laos, construction of a China-backed highway is underway.

According to the Xinhua News Agency, the Laotian government approved on June 7 the construction of a roughly 580-km highway for $5.1 billion.

Vietnam, with which China has a territorial dispute in the South China Sea, is also a target of Beijing’s spending spree. China invested in 61 projects in Vietnam from January through April, for a total of roughly $1 billion, according to Vietnamese media.

Beijing is determined to block Washington’s efforts to lure ASEAN to its side. Group of Seven nations agreed at a summit in mid-June to create a Belt and Road-style infrastruc-ture initiative to assist developing economies. The Chinese summit with ASEAN foreign ministers took place soon after.

The U.S. broke ground on a new $3.5 million maritime training center on the Indonesian island of Batam, at the southern entrance to the strategic and congested Strait of Malacca, with U.S. Ambassador to Indonesia Sung Kim attending. But American efforts in the area pale beside Beijing’s growing presence.

China’s massive investments in the region reflect its careful calculation to cajole the countries while making its military presence in the South China Sea a fait accompli.