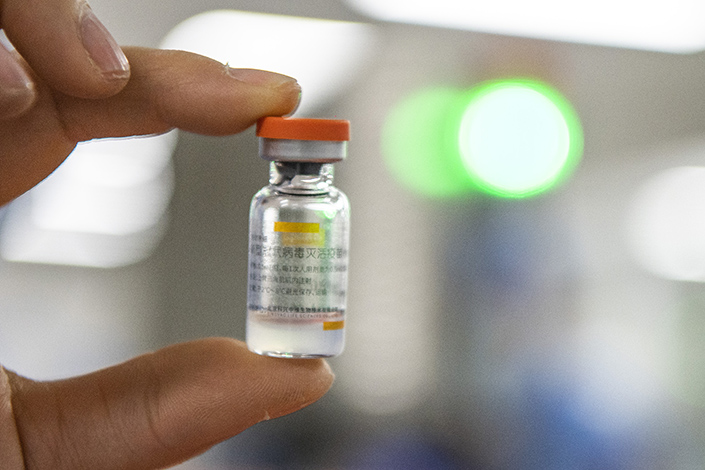 Although China hasn’t made the vaccination mandatory, high-level authorities have issued guidance to lower-level places based on their population size. Photo: VCG

Several counties and cities across China have started barring unvaccinated adult residents from entering public venues, such as schools and libraries, as the country accelerates efforts to build herd immunity against Covid-19.

As of Wednesday, at least seven counties and cities in the eastern provinces of Zhejiang, Fujian and Jiangxi, and two cities in southwestern Sichuan province and northwestern Shaanxi province, had ordered residents to get vaccinated as soon as they can, according to notices issued by local authorities.

Starting late July, residents in most of these regions who have yet to get shots will be banned from accessing “key” public venues, such as tourist attractions, nursing homes, hospitals, schools, cinemas and libraries, the notices said.

Shaanxi’s Hancheng, a county-level city about 200 kilometers (125 miles) northeast of the provincial capital of Xi’an, imposed the ban on Thursday. The ban excluded those contraindicated for vaccination and people aged under 18.

It is China’s latest effort to push vaccinations nationwide after a local infection was reported (link in Chinese) Monday in eastern Jiangsu province and a recent Covid-19 flare-up in southwestern Yunnan province infected dozens of locals.

China had previously set two vaccination goals. One was to vaccinate 40% of its population by the end of June, a target reached after more than 1.1 billion vaccine doses were administered nationwide as of June 24, the state-run broadcaster CCTV reported.

The other was to inoculate 80% of its population, or 1.13 billion residents, to reach herd immunity. Zhong Nanshan, a leading Chinese epidemiologist, said at a press conference in May that China is expected to hit this goal by the end of the year.

The country’s total vaccination rate is nearly on par with that of the U.S., which has fully vaccinated about 48% of its population, the Wall Street Journal reported. So far, China has given out more than 1.4 billion vaccine doses, according to data from the National Health Commission (link in Chinese).

The nation’s vaccination campaign seems to be going smoothly, however the 80% target has intensified pressure on local governments, forcing them to implement the access bans to further push residents to receive Covid-19 vaccines.

Many Chinese regions have set up phase tasks to accelerate their pace of vaccination, an unnamed health official told Caixin. “They all have tasks. In order to hit the goal, some might exert too much force.”

This was echoed by an official in charge of a county-level health department in central China. The official said the vaccination rate has become an assignment for many local party committees and government bodies. If they fail to finish their assignments on time, their main leaders will be held accountable.

Although China hasn’t made the vaccination mandatory, high-level authorities have issued guidance to lower-level places based on their population size, said a grass-roots government staffer in Ganzhou, Jiangxi province. The official also said that city-level authorities are ranking the vaccination rate in counties, a monitoring strategy that is becoming a driving force as none of these counties want to “fall behind.”

Ganzhou has so far rolled out nearly 10 travel restriction measures to its 18 districts and counties to push vaccinations, Caixin has learned. The city has achieved “two firsts” in its province: the total number of vaccine doses given is “first” in Jiangxi, and its record for daily vaccinations ranks “first.”