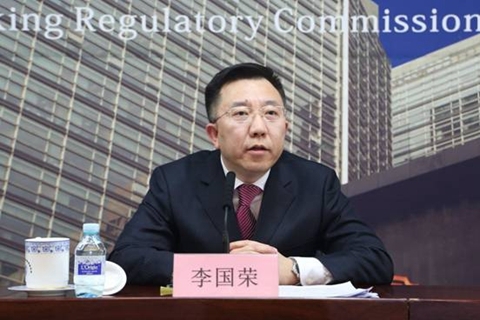 Li Guorong, the deputy head of the Sichuan branch of the China Banking and Insurance Regulatory Commission (CBIRC) was put under investigation “on suspicion of serious violation in law and discipline,” China’s top anti-corruption watchdog said Wednesday. No details about the reason for the probe were given.

He was the deputy head of a team appointed by the CBIRC and the central bank to take over the troubled Baoshang Bank in 2019 in China’s first state seizure of a commercial bank in 20 years. In February this year, the Inner Mongolia-based bank was declared bankrupt by a court, becoming China’s first bank failure in decades.

In 2018, Li was a member of a team sent to Chengdu Rural Commercial Bank Co. Ltd. to study the lender’s risky dealings with controlling shareholder Anbang Insurance Group Co. Ltd. It was part of the regulator’s campaign to crack down on the financial conglomerate. In 2020, Anbang sold its stake in the rural lender as regulators dismantled its business empire through restructuring.

Li, a Shanxi native, joined the banking supervisory system in 2003 and was transferred to the CBIRC’s Sichuan branch in 2016 to become deputy director.

“(He) is young and is the kind of technocrat,” a person familiar with Li said. “He has been working on financial risk cleanup and accumulated some practical experience.”