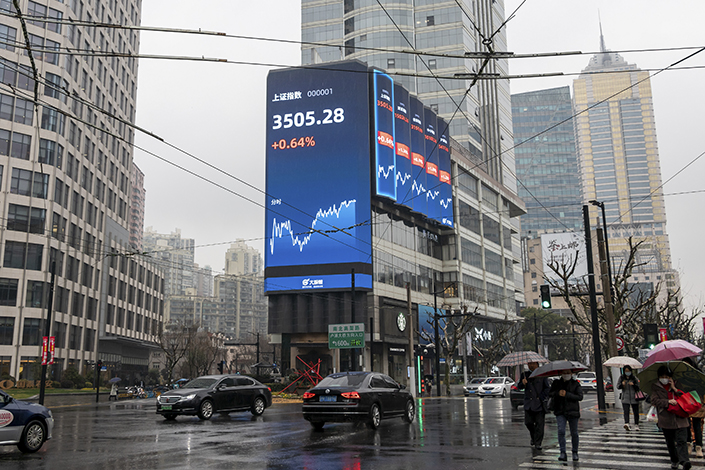 Under a proposed trial, foreign investors would be allowed to invest offshore yuan in Shanghai’s STAR Market through the Qualified Foreign Institutional Investor program. Photo: VCG

China is considering a trial that would allow qualified foreign institutions to invest offshore yuan in Shanghai’s Nasdaq-style STAR Market, to both boost the global use of the currency and further open up the domestic financial markets.

The proposed trial is part of a set of guidelines (link in Chinese) issued Thursday by the ruling Communist Party and the State Council, China’s cabinet, which broadly maps out a blueprint for building the city’s Pudong New Area into a business and financial powerhouse.

The guidelines encourage the establishment of an international financial assets trading platform in Pudong to facilitate the trial. If the trial goes ahead, foreign investors would be allowed to invest offshore yuan in the STAR Market through the Qualified Foreign Institutional Investor (QFII) program. That can help improve the internationalization of the yuan and boost the amount of foreign capital flowing into the board, said Dong Dengxin, director of the Finance and Securities Institute of Wuhan University.

In the future, regulators will also likely allow foreign investors to invest offshore yuan in the STAR Market outside the QFII program, a source close to the regulators told Caixin.

QFII investors are allowed to invest in stocks, bonds, futures and mutual funds.

By the end of May 2020, around 300 QFII investors had won approval to invest a total of $116.3 billion on the mainland, according to the State Administration of Foreign Exchange (link in Chinese).

Previously, QFII investors were subject to a quota to invest in the Chinese market, due to the country’s foreign exchange controls. China in May scrapped the quota restrictions in an effort to lure more foreign investors to the domestic market.

China in recent years has accelerated its push to globalize the yuan, including efforts such as developing a cross-border yuan clearing and settlement system.