By Wang Heyan and Cai Xuejiao 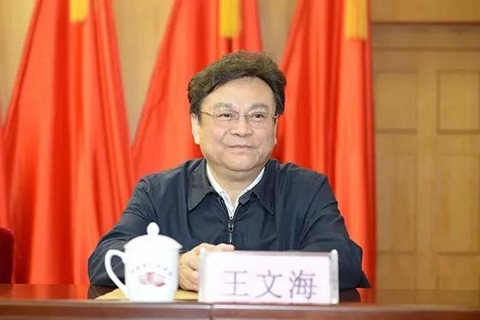 A retired head of the justice department in Central China’s Henan province, who has been accused by local police of abuse of power, has been placed under investigation by local anti-graft authorities.

Wang Wenhai, who had also served as the provincial party secretary, is being investigated “on suspicion of serious violation of law and discipline” by the provincial-level commission for discipline inspection and supervisory commission, according to a statement (link in Chinese) released Wednesday. No details about the allegations were provided.

The 65-year-old, who retired four years ago, was summoned by the local watchdog on Sunday, Caixin has learned. Another former senior official in the province, Mao Kezhang, who served as the deputy director of the province’s prison administration bureau, has also been placed under investigation, according to a separate statement (link in Chinese) issued Wednesday.

The local anti-graft authority wrote in an article that the probes send a “strong signal of the strict governance of the party” and “highlight the provincial party committee’s zero tolerance toward graft.”

The province’s move comes at a time when the nationwide anti-corruption campaign launched by President Xi Jinping in 2012, which has resulted in 4 million party and government officials punished, continues to crack down on officials and party cadres, known as “tigers and flies,” for their misconduct.

Born in 1955, Wang, a Henan native, held positions in the province’s discipline inspection committee and supervision department for 16 years after 1990. In March 2008, he was appointed head of the provincial justice department and the provincial party secretary, roles that he held until his retirement in June 2017.

Prior to retiring, Wang came under the media spotlight because of alleged scandals.

According to domestic media reports, in 2011, several police officers in the city of Luoyang filed a complaint against Wang, accusing him of abuse of power in a criminal case dating back to nearly a decade, when local police were investigating suspects who were involved in robbing tombs and smuggling cultural relics.

The police officers alleged that Wang used his position to interrupt the investigations and dismiss the investigators “to cover up his own violation of law and discipline” after a suspect in the case confessed that Wang asked for and accepted bribes.