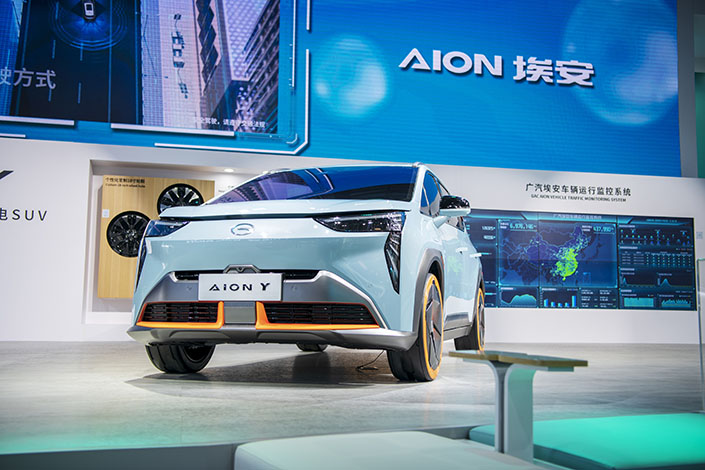 Shenzhen-based startup RoboSense has won a contract from Guangzhou Automobile Group’s electric vehicle unit GAC Aion to supply its new lidar sensor for the latter’s ADiGO autonomous driving system, in the latest cross-industry pairing between a carmaker and a tech firm to co-develop smart car technologies.

The ADiGO system powered by RoboSense’s second-generation solid-state lidar sensor will be installed in several of GAC Aion’s mass produced models, including the Aion LX electric SUV, RoboSense said in a statement Monday.

In July 2019, Guangzhou Automobile Group officially unveiled the ADiGO system, which it said can help a vehicle achieve Level 3 self-driving capabilities on highways and city roads. Tech giants Tencent and Huawei also supported the development of the ADiGO system.

U.S. engineering standards group SAE International classifies autonomous driving from Level 0 and Level 5, with Level 3 referring to features that enable a vehicle to drive itself only under certain circumstances and require a human driver to be ready to take control in the event of an emergency.

The new lidar sensor can detect objects within a radius of more than 300 meters (984 feet), allowing the ADiGO system to give a faster response to moving vehicles and pedestrians that are further way than older versions of the system, according RoboSense.