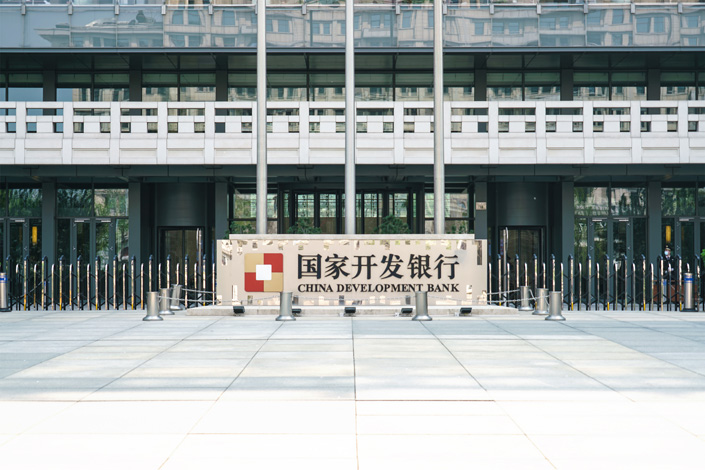 Another senior executive at China Development Bank (CDB), the nation’s biggest policy lender, has been put under investigation by the Communist Party’s anti-graft agency, as the government continues efforts to clean up corruption in the financial system.

Zhong Daohua, a senior manager with CDB’s general affairs department, is being probed for “serious violations of discipline and law” — a phrase that usually refers to corruption — according to a statement (link in Chinese) released by the provincial commission for discipline inspection in the northwestern province of Shaanxi on Friday. A team installed in the bank by the Central Commission for Discipline Inspection (CCDI) and the top graft buster’s local counterpart in the city of Xi’an, the provincial capital, are investigating Zhong, the statement said, adding that he remains in his job.

Zhong, 57, who has worked at the bank since 1994, is a senior manager in the general affairs department which is responsible for logistics and infrastructure work which includes finding contractors to build and decorate CDB’s office buildings. The department was set up after a merger of the bank’s logistics services bureau and administrative affairs bureau where he worked from 2011 to 2019. Officials in the department have the power to decide which companies are awarded bids, an internal source at CDB told Caixin.

The source described Zhong as “high-profile,” saying that he had bought a property that he wouldn’t be able to afford on his salary alone. He once worked as a chauffeur for Yao Zhongmin, a former deputy head of CDB, who was jailed for 14 years in August 2017 for taking 36 million yuan ($5.6 million) in bribes.

CDB has been hit by a string of graft scandals in recent years. In early January, Hu Huaibang, a former chairman, was convicted of taking 85.5 million yuan of bribes from 2009 to 2019 in exchange for helping others with financing, business operations and promotions. He was sentenced to life in prison.

Zhong is the third official from the now-defunct logistics services bureau to be investigated. In April, Zhang Maolong, a former director of the bureau who retired in 2013, was put under investigation. Sources familiar with the matter have told Caixin that from 2010 to 2013, Zhang took millions of yuan of bribes, including some related to projects involving the construction of CDB offices. Long Yanjun, a former official in the bureau, was sentenced to 10 years in prison for bribery and fined 1.2 million yuan, according to an official statement (link in Chinese) released in September 2020. Long accepted 18 million yuan and a property worth 770,000 yuan, and was found to have nearly 20 million yuan in cash stashed in the basement of his home, the statement said.

CDB is the largest of China’s three policy banks by assets, followed by the Agricultural Development Bank of China (ADBC) and the Export-Import Bank of China. In March, Yang Bailu, a former deputy party secretary and former vice president of the ADBC’s main provincial branch in Henan, was placed under investigation. Several former senior officials at the Export-Import Bank of China’s main provincial-level branches in Hebei and Chongqing have also been put under investigation on suspicion of taking bribes.